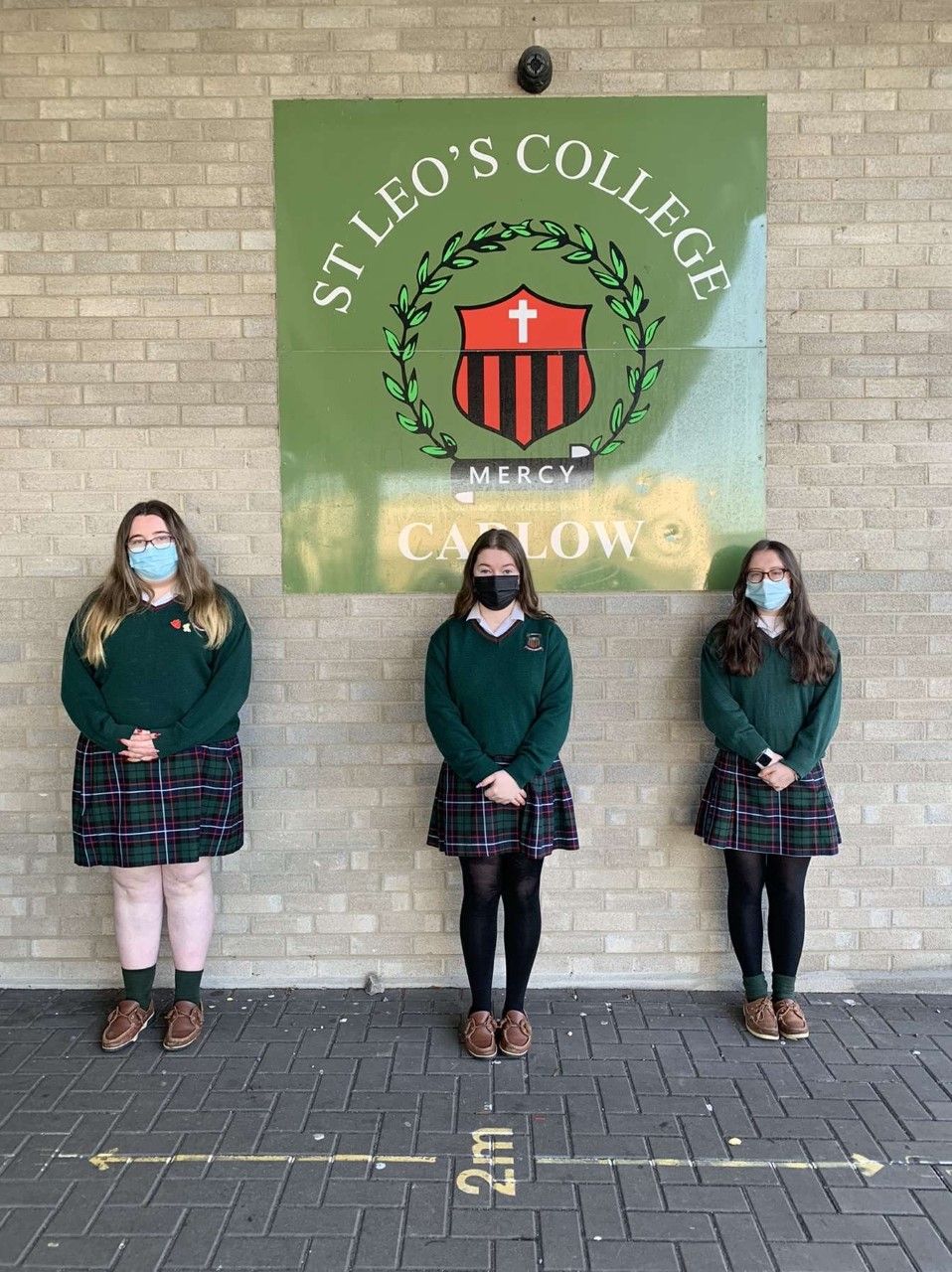 Anna Kehoe, Keeva Scully and Emma Delaney, who won a visit to the European Parliament in Brussels

Anna Kehoe, Keeva Scully, Emma Delaney and Katelyn Malone scooped the prize with their winning project ‘What the European Union will look like in 2046 – 25 years from now’. All four will fly out to Brussels in April for the two-day visit to the European Parliament after wowing the judges with their entry.

Last November, St Leo’s College received a message from Fianna Fáil South MEP Billy Kelleher saying that a special conference focusing on the future of Europe was being facilitated by European Union Institutions. The conference took place with a view to having a discussion on how the EU grows and changes over the next number of decades. As a result, he called on transition year and senior cycle politics students to submit a digital presentation on what the EU would look like 25 years from now. Sixth-year politics and society students Emma, Anna, Katelyn and Keeva, along with four other groups from St Leo’s, entered the competition, with a deadline of just four weeks to complete their project.

They worked hard, doing lots of research and designing creative ideas to present their findings. The project was filmed and presented as a news piece for the RTÉ ***Six One News***. Guided by their history teacher Karen Brennan, the girls recorded their contributions for the programme.

Everyone in the school was delighted with this wonderful achievement and heartily congratulated the four girls on scooping the trip to Europe.

Peadar Doyle: ‘a gentleman’ is laid to rest