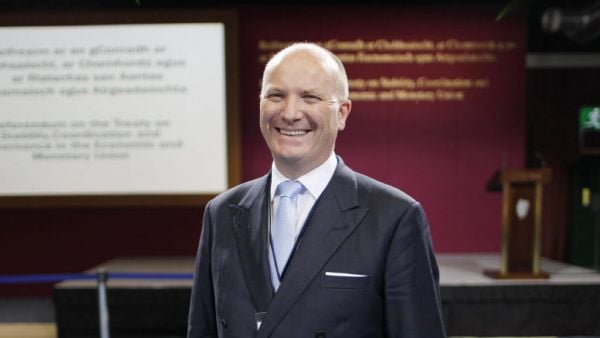 The High Court has ruled that businessman Declan Ganley is entitled to half of the legal costs he incurred for his challenge against the ban on attending religious services which operated at stages during the Covid-19 pandemic.

Mr Justice Charles Meenan made the ruling on Friday after holding that the Co Galway businessman had raised points of general, public importance in his action.

These included the balance between the right to public worship and public health.

Mr Ganley is entitled to have half his legal costs, estimated to be a six-figure sum, paid by the Minister for Health, the judge added.

The Minister’s lawyers had argued that the court should make no orders as to costs, meaning that each side would pay their own legal bills.

In December, the judge dismissed Mr Ganley’s action, where the Minister was the respondent and where Ireland and the Attorney were notice parties. after holding that it had become moot or pointless.

In his action Mr Ganley, represented by Neil Steen SC and Darren Lehane SC, had argued that the “outright criminalisation” of the act of leaving one’s home to attend public Mass and while he was not arguing for an “absolute” right of public worship he maintained any such infringement must be justified.

The Minister and the notice parties disputed the claims.

The judge, after dismissing the challenge, invited the parties to make submissions regarding who should pay the costs of the proceedings

Mr Steen, who argued that Mr Ganley should be awarded his full costs against the Minister, said his client’s case was a straightforward one.

His client had challenged the regulation that saw places of worship closed, while at the same time schools. shops, creches and universities had remained open.

Counsel said that one would have thought that the Minister would have had all the material he required to justify the regulations readily available to him.

Counsel said that due to the large volume of material generated by the Minister in response to the action one could infer that there was an attempt to “swamp” Mr Ganley and delay the proceedings.

The Minister, represented by Catherine Donnelly SC, rejected the claims that it had deliberately tried to delay the action.

The Minister had to obtain expert evidence as part of his reply to Mr Ganley’s claims in the proceedings, counsel submitted.

Ruling on the issues of costs the judge said he accepted that Mr Ganley had raised issues of “general, public importance in the proceedings.”

While not making any finding on the issue, he said that there is an onus on the state to “readily explain” and “readily justify” to the public why regulations, such as those challenged, need to be implemented.

The judge also questioned claims by the State side that had the action proceeded to a full hearing why it would take a minimum of eight days of court hearings to justify regulations.

In the circumstances the judge said that he was ruling that Mr Ganley should be paid 50 per cent of his legal costs.