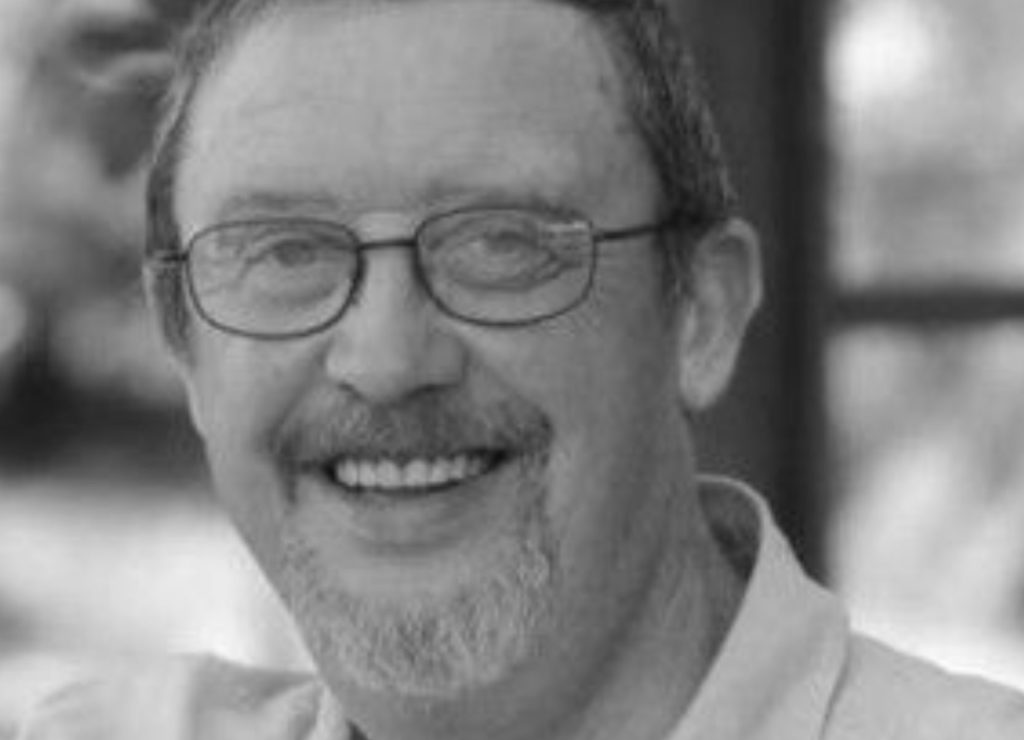 HACKETSTOWN, Co Carlow lost one of its most respected and popular residents with the sudden death at his home on Wednesday 23 November of Patrick (Paddy) Byrne, The Green. Paddy was a victim of the Covid-19 pandemic.

The life of Paddy Byrne was wonderfully reflected in a heart-warming eulogy during his funeral Mass in St Brigid’s Church, Hacketstown on Wednesday 1 December, celebrated by Fr Terence McGovern, PP, Fr Seamus Whitney, St Patrick’s Missionary Society, Kiltegan and Mgr Brendan Byrne. The Mass was before a limited congregation due to the restrictions imposed by Covid.

The eulogy to her dad was compiled by his daughter Trish Kelly, who lives in Perth, Western Australia and could not attend the obsequies. There was also an input from Paddy’s son James, who also could not be present for the funeral Mass and burial due to health issues. The eulogy was read by Breda Byrne, Paddy’s daughter-in-law.

In her eulogy, Trish wrote: “This new Covid world is a surreal one and it has made it difficult for us to mourn and grieve our loved ones the way we would like to, but you are all here today to celebrate Dad’s life and give him the send-off he deserves, with the respect he deserves. I don’t have to tell anyone here how heartbroken we all are at the sudden passing of Dad.”

Trish continued: “Patrick Michael Byrne was born on 1 March 1941 in Carlow town to our beautiful Nanna. Shortly after he was born, his grandparents James and Elizabeth Byrne travelled to Carlow and brought him and his Mam, Mary-Anne, home to their house on The Green. This is something that all of our family will be forever grateful.

“Dad was the eldest in a family of four – his two sisters Lizzie and Mary and his brother John, who predeceased him. There has always been a huge bond between Dad, Lizzie and Mary, right up to the end. They were always there for one another and it was so good to see them sitting around chatting and laughing like long-lost friends when they got together. Family meant the world to him.

“Dad attended St Joseph’s National School here in the town and the secondary school now known as Coláiste Eoin. When he finished school, he went to work in Duffy’s of Hacketstown. One of his first jobs there was as tally man when he only about 17. He also worked in the bakehouse, the Cash and Carry and as a sales rep for the company over the years. One of the main perks of his sales rep job was every Friday or second Friday, myself, Jim and John became proud owners of the Beano, the Dandy and Bunty. I was the winner because I got to read all three comics – for some reason the boys showed no interest in Bunty!”

“Over the years, Paddy worked as caretaker/cleaner in the local national school. But the one job he cherished most was as sacristan of the church you are in today. His attention to the smallest detail was incredible. He was also in charge of training the altar servers and one of his proudest moments was when he got to train Brendan, the youngest of the family, and then a few years later my daughter Emma. He was so proud of them.

“The church was a huge part of his life and he loved it. All the family can remember him practicing his readings for Saturday night or Sunday morning Masses. There was no such thing as just turning up on the day and winging it. He was a perfectionist. I think he still carried a mint in his pocket when he was going to Mass in case he got a cough or a tickle in his throat.”

Paddy was nominated for the Pro Ecclesia et Pontifice Award by Pope Francis for all his years of service to the local church and the Byrne family is awaiting the arrival of the medal, which will be presented posthumously to Paddy’s wife Dolores by Bishop Denis Nulty when it arrives.

Trish’s eulogy continued: “Dad could turn his hand to anything, but one thing that stands out for me was his love of photography. No matter where he went, he always had his camera close by. When we were younger, way back before digital cameras and smartphones, he had his own dark room set-up, where he would lovingly develop the photographs he had taken. It was mesmerising to watch him work. He got a new smartphone a few months ago and it opened up a whole new world for him. He would send us all old photos through messenger and every one of my family will attest to their phone constantly sending them alerts that Dad has sent a new photo or 20.”

The tribute continued: “Dad loved the outdoors and instilled that love in all of us. From a very early age he would have us out in the fields identifying plants, animals and birds. In a way, he was our first teacher. Life was all about learning with Dad, but it was done in a way that made it interesting and fun. He took great pride in passing on skills he learned from his grandfather – our great-grandfather James. Skills like growing the family vegetables and potatoes.

“Fishing was another hobby of which he had a vast knowledge and he was only too happy to encourage us to follow suit.

“His love of the great outdoors extended to fishing, hunting, walking and cycling, which were his favourite pursuits. In the past few years, however, he managed to combine his love of the outdoors with his love of a good cappuccino.”

He was a man of many interests who never had time to be bored. Her dad, Trish wrote, had a keen interest in astronomy and in history, especially local history. Throughout the years he helped many people, both in Ireland and abroad, to find their ancestors and relatives by researching everything from parish records to old publications.

“No matter what he did, he excelled at it. I remember him woodturning with such precision and detail and only found out in later years that all of this was done on a home-made lathe that he had constructed himself!

“He loved to sing, but not in public – we loved him singing the song which starts: ‘The fox went out on a chilly night …’; that was my favourite and we joined in as best we could.”

Paddy was married for 58 years to the former Dolores Byrne from The Green, Hacketstown and there was nothing he enjoyed more than taking Dolores to Rathwood, going for a walk and having lunch or sometimes just coffee and cake but, more importantly, a chat with whoever they would meet along the way.

He loved to read and he had a wealth of information and always loved learning new things. One was always guaranteed an interesting conversation and he greatly enjoyed a good chat.

Referring to her Dad’s love of travel, Trish said she and her family were so lucky to have her parents visit them on many occasions throughout the 13 years they have resided in Perth. “He loved to hear all about the Australian culture, the wildlife and life in general here. He also made many trips to San Giovanni and Lourdes over the years.”

Trish described her Dad as a loving husband, father, grandfather, great-grandfather, brother, uncle and friend. He and Dolores married on 26 June 1963. He would proudly tell anyone who would listen that he loved her as much now as he did when they started dating. “You seldom saw one without the other and whenever or wherever they were, they still held hands. Dad was devoted to Mam and loved her with every fibre of his being. They shared a special bond up to the end.”

They had five children, 14 grandchildren and one great-grandson. “Dad was the best father anyone could have asked for; you were never left in any doubt that he loved you. He was always there for us, no matter what. He was there to pick us up and encourage us to try again. He was there to wipe away the tears and tell us that everything would be okay. He taught us so much in life – patience, kindness, compassion, responsibility and belief in ourselves. One of the greatest lessons he taught us was respect. The way he respected and treated Mam and was always there for her was off the scale. In all my years, I never once saw them argue or disrespect one another in front of us. He has taken such good care of her over the past few years and has always put her first.”

“When his grandchildren started to come along, one could see a different love, a new spark in him; how he loved his grandchildren and his great-grandchild Niall. He was so proud of each and every one of them and loved them all so very, very much. He always wanted to keep up-to-date with how they were all doing and all he ever wanted was that they were happy, healthy and safe.

“Dad, you were and always will be the best husband, dad, grandad, great-grandad, brother and friend that any of us will ever know. And we will always keep you in our hearts and we will always love you.”

Trish extended sincere thanks on behalf of the Byrne family to the first responders who came to the house on the Tuesday morning Paddy took ill, also thanking the fire crew, ambulance crew and the gardaí. “And I would also like to thank everyone for the outpouring of support over the past week.”

She concluded with a poem dedicated to her Dad:

The measure of a man

These are the things that measure the worth

Of a man as a man, regardless of birth.

And – How did he play his God-given part?

Was he ever ready with a word of good cheer?

To bring back a smile, to banish a tear?

But – Had he befriended those really in need?

Not – What did the notice in the newspaper say?

But – How many were sorry when he passed away?

These are the things that measure the worth

Of a man as a man, regardless of birth.

Following Mass, Paddy was laid to rest in Hacketstown Cemetery, with Fr Whitney reciting the final prayers at the graveside.