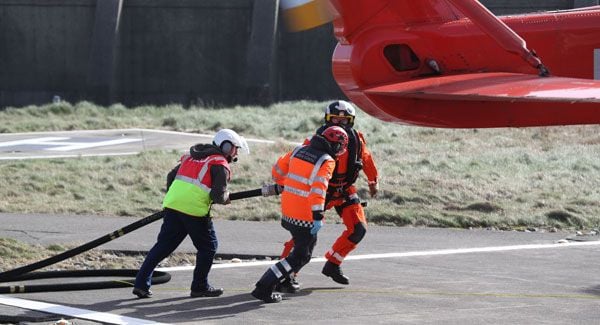 A man has died after he was swept out to sea while walking along the shoreline in West Clare this afternoon.

As The Irish Times reports, a major search and rescue operation was mounted after the alarm was raised at around 2.15pm.

Watch officers at the Irish Coast Guard’s marine rescue sub centre on Valentia Island in Kerry launched and coordinated a multi-agency search and rescue operation in an area north of Kilkee.

The exact details of the circumstances of the tragedy are not yet known however, it is understood that the man in his 30s had been picking seaweed with friends on the shoreline near Farrihy Bay north of Kilkee when he lost his footing and fell into the sea.

Emergency services responded to the area by land, air and sea and commenced a search. Coast Guard personnel travelled to the location by road along with Gardaa­ and ambulance paramedics.

The local Coast Guard team also launched their rescue RIB (rigid inflatable boat) while the rescue helicopter conducted a search of the area from George’s Head north to Farrihy Bay.

At around 3.10pm, the casualty was located and recovered from the water by the Kilkee Coast Guard team. The helicopter and RNLI lifeboat were stood down and released to return to their bases after it was confirmed that a body had been recovered.