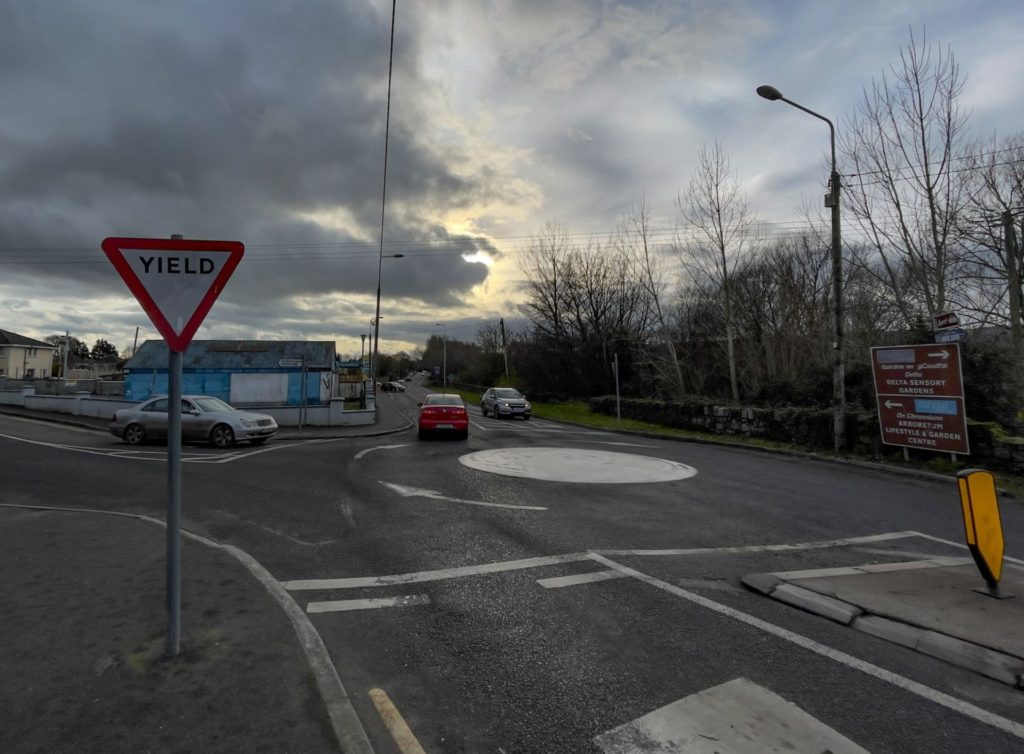 The roundabout on the Kilkenny Road, Carlow that is due to get a €400,000 upgrade
Photo: michaelorourkephotography.ie

A €400,000 upgrade of a junction at Kilkenny Road, Carlow is expected to transform this main artery into the town.

At last Thursday’s meeting of Carlow Municipal District, council officials outlined plans for a major upgrade of the flat roundabout located at a busy junction on the Kilkenny Road close to IT Carlow. Director of services Padraig O’Gorman described the Kilkenny Road as an important entrance into the town and cited the establishment of the technical university at IT Carlow and the Active Travel project as incentives to upgrade this busy junction.

Mr O’Gorman stated that the council became aware of a portion of land for sale at the junction and purchased the land at a cost of €150,000. He confirmed that consultants have now been appointed to redesign the junction and he expected the new designs to be completed in the next month or six weeks.

Mr O’Gorman was hopeful a ‘section 38 approval notice’ would be brought before the council in March and, if accepted, the project would then proceed to tender in the summer of 2022, with works to begin in September of this year. Mr O’Gorman “anticipated the works would cost in the order of €250,000”, with “100% of the cost of the project funded by the department”.

“We have applied for funding to the department and the initial response we have received is favourable, and I would be very confident we would be approved,” added Mr O’Gorman.

Welcoming the announcement, cllr John Cassin said it was a busy junction that’s expected to get busier with the developments at IT Carlow. “I would ask that you not start the works on the first week in September, when the kids are starting back to school. Give it a few weeks to settle in,” he suggested.

Cllr Fintan Phelan described the junction in its current form as “a pinch point”. He added that residents in the area were anxious that plans would include enhancing the area with greenery and possibly a sculpture. “Can that be included as part of the process?” asked cllr Phelan.

Cllr Fergal Browne said it was “fantastic” to see this on the agenda. He also enquired about the possibility of IT Carlow developing on the other side of the road, adding that this possibility had been mooted in the past.

Cllr Andrea Dalton agreed that the current “small, flat junction” was not ideal and also referred to the “great works” carried out recently at Munnelly’s garage to allow increased access to pedestrians and cyclists.

Mr O’Gorman confirmed the new junction would “tie-in with” Active Travel initiatives in the area and would also include pedestrian and cycle crossings, enhanced planting and artwork. “The upgrade will change and greatly improve in aesthetics, the safety and the movement of traffic,” he said.

Mr O’Gorman confirmed that the council was currently in negotiations and “consulting with the college” and he expected a “major proposal” shortly. However, he confirmed there was no proposal from IT Carlow to develop land at the other side of the road and pointed to the major environmental concerns that would exist, given that location’s close proximity to the River Barrow.