Hotel to pay €16,000 compensation after refusing members of the Traveller community 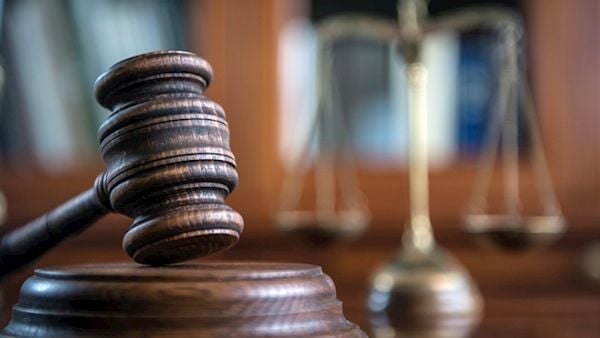 A hotel discriminated against three Travellers, including a grandmother, when refusing them a night’s stay at the hotel after insisting they pay by credit card.

Now, State discrimination watchdog, the Workplace Relations Commission (WRC) has ordered Atlantic Troy Limited, trading as the Charleville Park Hotel & Leisure Club in Cork, to pay a cumulative €16,000 to the three for discriminating against them under the Equal Status Act.

WRC Adjudicator, Janet Hughes stated that the application of a policy of refusing accommodation based on a failure to present a credit card “is not found to be appropriate and proportionate”.

In the case, Ms Hughes awarded the highest amount at €8,000 to grandmother Ann Stokes.

Ms Hughes stated that “significant compensation is justified in this case to act as a deterrent such that the respondent will review the policy in light of this decision”.

In reference to Ms Stokes’s discrimination claim on Traveller grounds, Ms Hughes stated the fact that the hotel turned away an elderly person with health issues and who had travelled some distance to the hotel “represents a significant impact based on discrimination”.

Ms Hughes stated: “It has proved impossible to square the lack of compassion and inflexibility towards this person with a defence of the hotel premises against damage and the possibility of an unpaid bill.”

Ms Hughes stated that in this case the nature of the business operated by the hotel firm as a provider of accommodation in the hospitality industry “seems to have been lost in its entirety”.

Ms Hughes has ordered the hotel to pay compensation of €4,500 to Bridget Power and €3,500 to Annalise Power who made the online booking.

The three had travelled from Longford to attend a surprise 60th birthday party.

On arrival and when attempting to check in at reception, Annalise Power was told that she required a credit card to stay at the hotel.

The hotel manager re-iterated to the three that a credit card was required and offered them phone numbers for other hotels in the locality.

They asked for compassion for their grandmother, and he said there was nothing he could do.

As part of their case, solicitor Fergus Feeney told the WRC that the grandmother Ann Stokes was left standing in the lobby despite her ill health and that she felt completely unwanted and shamed while watching this encounter between staff members, her daughter and granddaughter.

Annalise Power told the WRC hearing that she and members of her family had stayed in the hotel the previous April.

On that occasion they had paid with cash having made the booking on the same debit card through booking.com.

Ms Power said that she has no credit card and none of her family have one.

As part of its defence, the hotel states that the policy of all accommodation must be paid by credit card is in place in many countries and hotels across the world.

The hotel stated that it introduced the policy in June 2019 following a number of significant financial losses suffered by the hotel arising out of damage caused to hotel property by guests.

The hotel stated that the policy was strictly enforced in relation to all guests wanting to book into the hotel and was not discriminatory and did not represent discrimination in the case of the three complainants.

The hotel stated that a credit card allowed the hotel to put a hold on at least some funding for any damage or financial losses incurred by the hotel and this facility was not available through a debit card.

The hotel stated that the three were refused accommodation in Charleville Park Hotel because they were not in a position to comply with the hotel policy on credit cards and for no other reason.

Operations manager at the hotel Mr Taylor said that the damage by one group of €12,000 prompted the decision to enforce the policy.

Asked if any group of people known to be Travellers had stayed in the hotel since the policy was enacted, Mr Taylor said he recalled four lads, a group from the North, who were Travellers and who had stayed at the hotel and one of them had a credit card.

In her findings, Ms Hughes found that the policy of the hotel in refusing accommodation to the three on the basis of them not being able to provide a credit card was an act of discrimination against them as members of the Traveller Community.

Ms Hughes stated: “The blanket insistence on a credit card cannot be accepted in circumstances where the failure to provide that card is then used as the means of turning away a person from the hotel.”

The hotel alleged that Annalise Power became abusive towards the general manager based on his nationality when he provided her with the company policy, stating that there was nothing unusual in it.

It was Annalise Power who made the booking and in making the €3,500 award to Ms Power, Ms Hughes stated that it would have been greater but for her remarks to the manager.

Ms Hughes stated: “He was doing his job in following a direction given to him. Someone who wishes to rely on her protected status needs to be far more mindful that she is not entitled to make derogatory remarks about another person who also enjoys protected status under the Equal Status Legislation.”