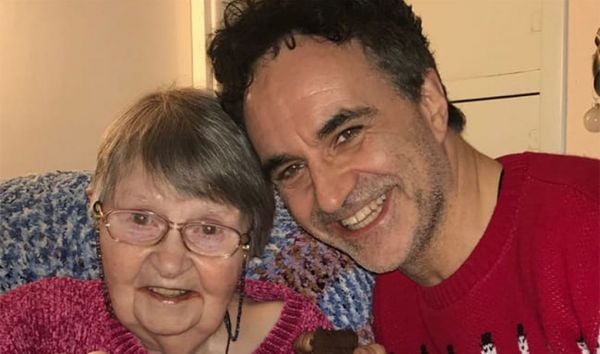 Tributes have poured in following the death of the mother of television ‘Supervet’ Professor Noel Fitzpatrick at the age 92.

Rita Fitzpatrick of Esker, Mountmellick in Co Laois died “peacefully” in her home on Wednesday.

Famous vet Fitzpatrick often spoke about his mother, according to the Laois Nationalist, describing her as one of his closest friends on his Channel 4 show The Supervet.

He regularly travelled home to visit her and Mrs Fizpatrick also appeared in an episode of the show. She was predeceased by her husband Seán in 2006.

Mrs Fitzpatrick is reposing in her home until removal at 7pm on Thursday to arrive in St Fintan’s Church, Ballyfin at 7.30pm.

Funeral Mass will be celebrated on Friday at 11am, followed by her burial in the new cemetery in Ballyfin.

In her death notice, the family said: “Our beloved mother passed away peacefully in her home at Esker, Mountmellick, on 2nd February, 2022.

“Predeceased by her husband Seán, brothers Tom, Seán and Pat, her sister Marie and her daughter-in-law Sheila, she is mourned by her sister Philomena, her children John, Mary, Frances, Grace, Noel and Josephine, her daughter-in-law Geraldine, her sons-in-law Robert, Liam, Willie and Patrick, her brother-in-law PJ, her sisters-in-law Bernie, Ettie and Sadie, her grandchildren, great-grandchildren, wonderful neighbours and everyone in her care team.

“House private on Friday morning please. Family flowers only. If desired, donations can be made to Laois Hospice.”