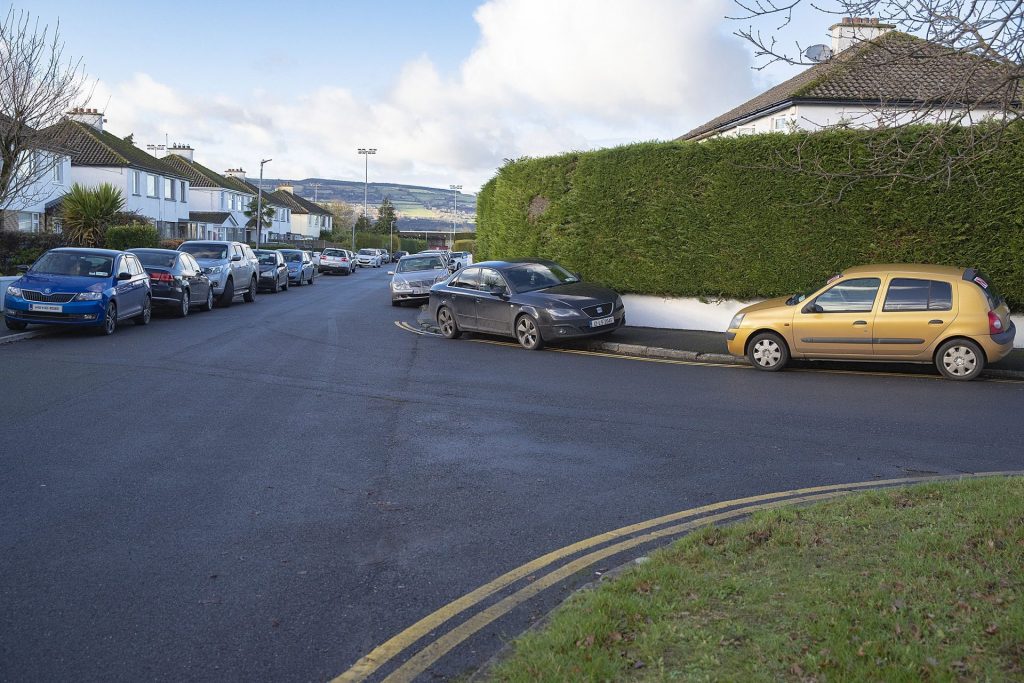 Cars from the nearby IT Carlow, are regularly parked by motorists within the Green Road housing estate

RESIDENTS surrounding IT Carlow continue to feel ignored and left out on the issue of parking in their area.

Cllr Adrienne Wallace raised the issue at a recent meeting of Carlow Municipal District and asked if there was an update on a proposed meeting between the council, local residents and IT Carlow on the issue of parking.

The council stated that there had been discussion on the issue of parking with management at IT Carlow and confirmed there has been an increased policing of the area in recent weeks in relation to illegal parking, with tickets issued.

Director of services Padraig O’Gorman said that a number of factors expected shortly had the potential to alleviate the issue of inconsiderate parking in the area, including a proposal for a new development at IT Carlow to include car parking, a model shift from cars to walking or cycling that’s expected following the allocation of funding as part of the Active Travel programme, and the upcoming town bus service.

“Parking in the environs of the college is something we are conscious of and will be keeping an eye on,” added Mr O’Gorman.

However, cllr Wallace was adamant that residents were being “ignored” and urged that they be brought into any consultations in relation to the issue.