CARLOW county board chairman Jim Bolger has confirmed that any necessary investigation will be conducted after allegations of sectarian were made by Down manager Ronan Sheehan in the aftermath of Sunday’s Allianz National Hurling Division 2A game between the two counties in Ballycran. 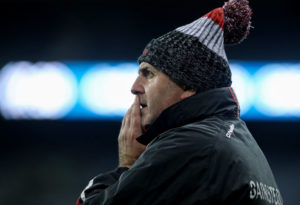 Down manager Ronan Sheehan has made allegations of comments made during Sunday’s Allianz National Hurling League tie
Photo: ©INPHO/Lorraine O’Sullivan

Sheehan alleges that he was told by his some of this players in the dressing room after the game that some Carlow players made comments of a sectarian nature.

In response, the Carlow county board chairman issued a statement saying:

“Carlow GAA are committed to upholding the principles of Anti-Sectarianism and Anti-Racism. All related reports/allegations are investigated and action taken as appropriate.”

The match was a feisty affair settled by a late dramatic goal by the home side but it is unclear whether match referee Thomas Gleeson was made aware of any incident and whether he has included in it his match report.

Sheehan was quoted on the RTE website as saying:

“It may only be loose words for the person saying them but it does impact on players given who they are and what some of their families endured to play our national games,”

“If we had lost today I would have said nothing as people would say it was only sour grapes but when we won I thought it was important to highlight it as it’s an insult to Gaels up here.” added Sheehan.