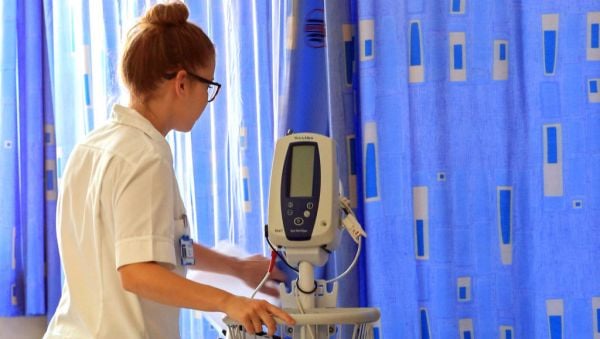 The head of the HSE, Paul Reid, said demand continues to exceed capacity in many specialist areas, telling the Oireachtas health committee that he accepts patients are waiting too long to be seen.

Mr Reid and Robert Watt, secretary general of the Department of Health, both appeared to discuss the Sláintecare reform programme.

Mr Watt said the Government hopes to set out a plan next week to address waiting lists.

“That will set out a variety of actions to buy more private sector capacity to drive more public sector output, to change the way we are working to increase the overall level of activity,” Mr Watt said.

“We hope, this year, to have the highest level of waiting list-related activity delivered by the HSE, the public and private system, we have ever had.

“Even with that, we are still going to have a large number of people waiting at the end of the year and some of those have been waiting too long and that represents a challenge.

“After this year, the challenge is to do even better in 2023 and make improvements and that will involve more resources and more capacity and different ways of working.”

Mr Reid said there is not an immediate short-term fix for waiting lists but said it is a priority of the health service.

“The waiting lists most definitely is one of the priorities. We do over 3.4 million procedures a year but we do have about 800,000 or so of waiting lists and some of those people have been waiting far too long,” Mr Reid added.

“We took a joint approach looking at all health delivery, but I want to be honest it is not a short-term fix.”

Mr Reid also admitted there are difficulties in some areas with recruitment, particularly in south Kerry and Donegal.

It comes after the Sunday Business Post reported comments claimed to have been made by officials at the Department of Health at a meeting on January 27th to discuss the health budget oversight group.

The officials were reported to have said that “fake targets” of hiring staff were published.

Mr Reid said: “Over the past two years we have recruited over 35,000 people.

“We had a further 4,000 people on testing and tracing programmes.

“We have difficulties in some areas, particularly in south Kerry and Donegal, and that is an issue for us in recruitment of specialists.

“We are seeing professional consultants want to move to the big urban centres.

“There is a quality of life we are trying to promote.”

Mr Watt said it will be “very challenging” to reach that target of recruiting 10,000 staff this year.

“The service plan is based on 10,000 and for the moment that money is allocated for health during the year,” Mr Watt added.

“If it transpires that we are not in a position and the judgment call is ultimately that we can’t meet that target, then the minister can give a direction to Paul and his team about reallocating that money.”

Meanwhile, People Before Profit TD Gino Kenny pointed out that the combined salary of Mr Reid and Mr Watt is over €700,000 per year.

Mr Watt has been under fire in recent weeks after he confirmed that he is in receipt of the full €294,920 salary for his job.

Mr Kenny said their salaries were an “absolute colossal amount of money”, and that it equates to the annual salary of 18 nurses.

“Do you think you are worth that while people are waiting over a year and sometimes years for the most basic of health?” Mr Kenny asked.

Mr Reid said: “My salary was not designed for me or by me. I went into a very open and public competition.

“That’s the process I worked through. It’s not a salary I designed. It’s a very significant salary and I take my roles and responsibility very seriously and I will work within my contract to the best of my ability.”

Mr Watt said he did not want to address the question.