Carlow will not be headquarters of South East Technological University 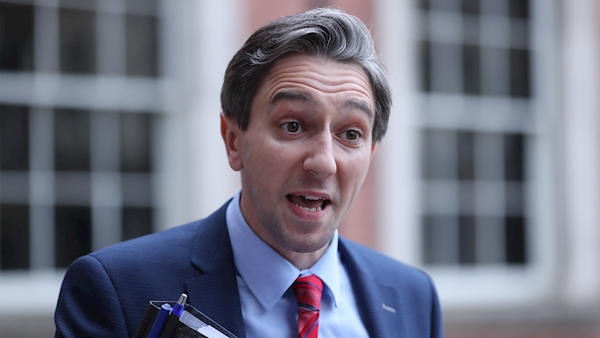 Minister for Further and Higher Education, Research, Science and Innovation, Simon Harris, has today announced the appointment of Dr Patrick Prendergast as the first chairperson of the SETU and confirmed the new university will open its doors on 1 May.

Dr Prendergast, the former Provost of Trinity College, will be joined on the new governing board by Mr Jim Bergin, CEO of Glanbia, and Ms Ruth Beadle, who holds a key leadership role at Sanofi, which has a manufacturing facility in Waterford.

Speaking today, Minister Harris said: “After decades of debate, the technological university for the south east is finally a reality.

“Today, I have formally granted designation status to the fifth technological university in the state.

“This is the first university presence in the region and marks a truly historic moment in higher education for staff, students, regional stakeholders and local communities in the south east.

“I am also thrilled to announce that Dr Patrick Prendergast will be the TU’s first chairperson, and that he will be joined on the governing board by Jim Bergin and Ruth Beadle.

“I want to wish Dr Prendergast, Mr Bergin and Ms Beadle the very best in their roles. Having an inaugural governing board with such vast and invaluable experience will be of huge benefit to the technological university as it embarks on this new journey”.

It Carlow and Waterford IT jointly applied for technological university (TU) designation on 30 April 2021, under the Technological Universities Act 2018.

There followed a rigorous assessment process by an international advisory panel, the Higher Education Authority (HEA) and the Qualifications and Quality Assurance Authority of Ireland (QQI). The panel reported to Minister Harris and enabled him to consider all data, implications and statutory requirements before making his decision.

Upon establishment of the new TU, SETU will see current students from the former IT Carlow and WIT graduating in 2022 with university qualifications. SETU will have multi-regional campuses in Carlow, Waterford, Wexford and Wicklow.

“This is a red-letter day for the south east. “I’ve been campaigning for this day for many years, and I heartily congratulate the colleges and Minister Harris for getting us to this point. This new university will help us to secure more economic investment for the region.

“Indeed, I think some of the new IDA jobs we secured for Waterford and Kilkenny in the past year were spurred by the assurance that this would happen. The new university will also lead to more indigenous businesses being founded in the region fostering more job creation.

“Crucial to making an economic success of Ireland’s south east region is retaining and attracting talent and creating well-paid jobs. It’s a virtuous circle. Making higher education accessible to all is the best way to make Ireland a country of equal opportunities.”

Minister of State for Further Education and Skills, Niall Collins, said: “Today’s announcement marks the forging of a network of TUs across the country from the north west to the south east, across the midlands and nidwest, down to the South West, and serving Dublin and its hinterland.

“This delivers on the Programme for Government commitment to establish this new type of higher education institution nationally, enabling higher education access to provision across the full range of the National Framework of Qualifications and delivering programmes ranging from apprenticeships to doctoral degree courses.”

Minister Harris added: “We will continue to invest in this new university, with new campuses in Wexford and Waterford, so that the footprint of the technological university will benefit the whole region.”

“I would like to sincerely thank and warmly congratulate the very many people from the two institutions, including their management, governing bodies, staff, representative bodies and, of course, the students themselves, as well as wider regional and local community stakeholders, who have delivered this TU to the region following a decade of effort.”

Minister Harris has now charged the institutes with undertaking an open public competition to identify and propose to him a suitable candidate for designation as the TU’s first president.