LEINSTER club football finalists Naas have appointed Joe Murphy as their manager as they bid to build on a hugely successful year.

Murphy has been appointed after the Kildare outfit ended a 31-year famine at domestic level despite splitting with manager Paul Kelly just six days before the county semi-final.

The Éire Óg man has a strong club pedigree and only stepped down as boss of his native club in December, after leading them to four county titles in a row. 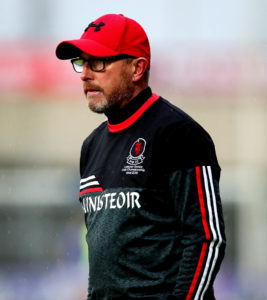 In 2019, they led Ballyboden by a point with a minute of normal time remaining in the Leinster final but were undone by three late scores.

The short term measure proved highly successful, as the Dermot Bourke Cup made its return to the county town after a two-point defeat of Sarsfields, and they made it all the way to the Leinster final, before finding Kilmacud Crokes too strong.

Murphy looking forward to yet another county final

End of an era as Murphy steps down at Éire Óg