Tricky ties in store for Carlow teams in Towns Cup

AFTER a disappointing league season Carlow and Tullow will be looking to get something out of the Provincial Towns Cup today (Sunday). The Oak Park side finished a distant third behind Boyne and Wicklow while Tullow managed to keep their league 1B status alive edging into third last place ahead of bottom sides, Clondalkin and Mullingar. 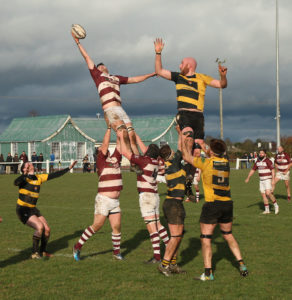 Both clubs face tricky assignments and while Carlow are at home Corey Carty, manager, says their 29-5 win over the Midlanders in January counts for nothing now.

“Call a spade a spade. We have a difficult first hurdle to get over. If anyone thinks this will be the same Longford team who will come down here on Sunday will be the same as the one that played us in the league is delusional.

“They will be hurting from that. We will have to prepare well this week. We have to focus on a few key points.”

The Carlow manager identified superiority at the breakdown as a possible match winning area.

“The key thing is to stop them at the breakdown. We have to make sure our work at the breakdown is as clean as possible. We cannot allow them any sniff at the breakdown. They have some great players in Kieran O’Gorman,  Benny McManus, Dylan Quinn. They are all Leinster juniors so give them a sniff you are in trouble. Even if they don’t get it, they will slow down your ball. The big thing for us is clean ball for our backs. A strength for us is our backs and the damage they can do. If we can give them a platform then we will be in a good position.”

After beating Tullow in Blackgates Carlow didn’t drive on and subsequently lost to Mullingar. They have drifted a bit since and Tullow got their revenge when winning their second league meeting in Carlow. They have looked forward towards a first round Towns Cup encounter.

Tullow, on the other hand, had no such opportunities to relax and ease their way to the cup competition. They had to continue to fight hard to get results and did so against Carlow and Mullingar. Now they are safe and are facing a side who topped division 2B which clinched them automatic promotion. Tullow manager, Maurice Logue, is nervous.

“I know they are down the divisions. They haven’t been beaten at home all year. They have won promotion and have a cup tradition. This is not going to be easy. League positions mean nothing in the cup,” he cautioned.

He will almost certainly have to do without the services of Will Hollow O’Brien while Jack Johnson and Jack McDonald are doubtful.

For older rugby players in Tullow they will have had memories of playing on a small pitch and being forced to defend out of what was known as “the glory hole.” It is not quite that now but Logue says there will be claustrophobic element to the game.

“They have a tight but a really good pitch,” he says.