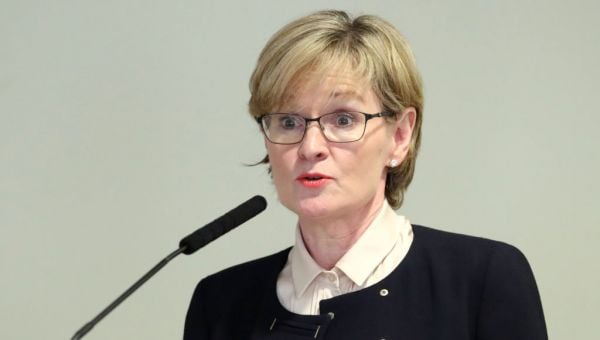 Her comments followed reports that Ireland’s open-door policy towards Ukrainian refugees will create a back door to the UK due to the Common Travel Area, allowing those who have not passed British security checks to enter the country.

“I think what’s justified is that we focus on humanitarian help for distraught people. We shouldn’t mix these issues. This is a war and it’s on European soil. It demands us to think and act differently than in peace time,” Ms McGuinness told Newstalk Breakfast.

“As a European country, Ireland is getting its priorities right. I think the issue of the ‘what ifs’ and the Common Travel Area – I think that the UK is not part of the European Union, they have a right to express their views.

“But frankly, given what I’ve seen on video and what I’m hearing from people that are on the ground out there, these are people whose lives have been torn apart. And there should be no question but that children, women, and disabled and people who are vulnerable are protected and looked after.”

Further sanctions need to be focused, she said. “Hitting the Central Bank in Russia has been the direct target, and is having a huge impact on the Russian economy. The question of dependency on energy is on our agenda today.

“What we need to really focus on is we want to impact the Russian war machine, we want to limit the impacts within Europe. It makes sense for us to do that, rather than sporadic issues and hit us instead of hitting Russia. But clearly there comes a time when everything is looked at.

“We need to do things that impact Putin and his oligarchs – that’s done and more can be done there. Secondly we need to act quickly to accelerate the Green Deal, investment in renewables, diversification of supplies.”

Ms McGuinness said there was also the issue of oil – how to move away from reliance on it and increase investment in renewables in a way that allowed European citizens and businesses not to be impacted completely.

“Nothing has been off the table from the very beginning”.