IT Carlow v Waterford IT

IT Carlow Basketball will be looking for a men’s and ladies double when the National Basketball College Finals take place in Dublin on Tuesday. First up is the ladies when they take on Waterford IT at 12.30pm at the Oblate Hall in Inchicore. When the teams met in the group stages the Carlow side won handsomely enough but Waterford were short of number of players that day. Carlow won all their matches beating Limerick IT, MTU Tralee and Mary Immaculate. Waterford only lost one game so despite their heavy defeat they will not be short of confidence going into the final.

Carlow will have Claire Melia, The Address Glanmire star,  the double league and national cup winner in their side while Lauren La Plant and DCU Mercy player, Emma Carroll, will also be playing for Carlow. The entrance fee is value enough just to watch Claire Melia in action. Her influence here will be massive. 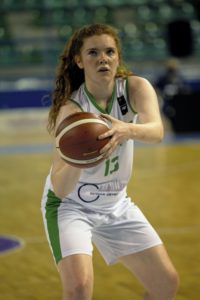 Four division 1 national league players,  Nate Shafer, Ben Kelly Flynn, Eoin Hackett and  Seb Uglis alongside a number of Portlaoise players will spearhead the men’s team in their quest for a final victory against UCD.  Carlow lost to the Dubliners in their opening game of the group stages

Shafer has been a hugely positively influence since arriving here  from  Swarthmore College in Pennsylvania two years ago where he came over through Sports Changes Life Foundation’s Victory Scholar Program.

Back in November the Dublin side beat Carlow 59-56 in their opening game of the group stages but went down to MTU Tralee next time out. Carlow won all their games after their opening defeat even if one of them was a 20-0 walkover against Waterford IT who didn’t field in December.

This is hard to call. The IT Carlow side are already through to the national league play-offs so it is important for them to keep building momentum as they have finished the season strongly.