THE highlight of the Easter racing fare in Ireland is the €500,000 Boylesports Irish Grand National on Easter Monday at Fairyhouse.

We have previewed this year’s event which includes hot favourite Gaillard Du Mesnil for Willie Mullins. Make sure to check out the latest betting odds

As already alluded to, Willie Mullins chases a second victory in the contest with the unexposed Gaillard Du Mesnil. The six-year-old has a similar profile to Mullins’ 2019 winner Burrows Saint and clearly warrants plenty of respect having finished third in two Grade One events, latterly when chasing home L’Homme Presse at the Cheltenham Festival. He is Boylesports’ 6/1 favourite. 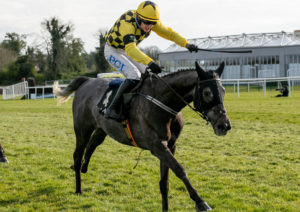 Farclas (8/1) is a leading runner for Gordon Elliott. Kept fresh for this event since filling second in the Troytown, this stamina test should suit having filled fifth in the Grand National last term. Max Flamingo is still a novice over fences, but he took a big step forward when winning at Tramore last time out and he looks a fascinating contender at around the 8/1 mark.

Henry De Bromhead is set to saddle Full Time Score (10/1) who scored in good style at Fairyhouse in February and is another horse who comes into the race fresh and will have Rachael Blackmore on board. School Boy Hours has been pulled-up in his last two starts, but remains open to more improvement at around the 10/1 mark if his jumping can hold up in the extended three miles and five furlong event.

Death Duty (14/1) and Enjoy D’allen (14/1) both unseated-rider in the Grand National and look set to make quick reappearances here. They are both interesting contenders if they are none the worse for their mishaps at Aintree.

Ronald Pump (14/1) is another who has been kept busy this season and he warrants respect after chasing home Diol Ker (14/1) at Naas last time out. Noel Meade’s charge showed a battling attitude to score on that occasion and is another who would have serious claims in the ground became testing.

Verdict – this is a wide open event. Gaillard Du Mesnil warrants plenty of respect, but preference is for Farclas. He has been kept fresh for this event by Gordon Elliott and crucially looks sure to stay the trip.