CARLOW cruised to an opening round win in the McDonagh Cup in Pairc Tailteann against Meath this afternoon.

Just a goal separated the teams when they met in the final round of the Allianz National League last month but this was an altogether more comfortable outing for Tom Mullally’s team and they ended up 4-30 to 0-17 point winners.

Carlow flew out of the traps and early goals from Chris Nolan and Conor Kehoe put them in a commanding lead. 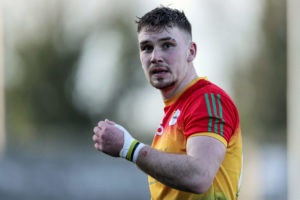 Even though Meath scored three points late in the half, Carlow were still ahead by a huge score at half time, 2-15 to 0-7.

Early points from Sean Murphy and Richard Coady ended any notion of a comeback from the home team and Murphy and Kavanagh went on to add further goals as Carlow won by a convincing 25-point margin.

Carlow will now look to build on this win with a home tie against Kerry next Saturday.

However, unfortunately, there wasn’t as good news for the county minor hurlers. They faced Westmeath at Fenagh today in the final game of the Tier 3 group stages knowing that a win would be be enough to qualify for the knockout stages of the Leinster Championship but the visitors ended up winners by 4-12 to 1-15. Carlow will now compete in the Peadar O Liathain Cup.

Full reports, photos and reaction from both these games, plus lots more, in Tuesday’s edition of The Nationalist.