First half goals from Lambe and Keating seal victory for Clonmore

CLONMORE were deserving winners of this Feile Division 2 Final at Netwatch Cullen Park on Sunday. They got off to a great start when Conal Cullen knocked over a point and this was followed up when Kevin Lambe scored a goal. 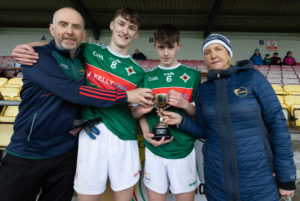 The eventual winners were in full stride when Oran Keating added another three-pointer. Michael Davitts had to dig deep and this they did when Ciaran Nolan got them off the mark.

Clonmore responded with two points on the trot from Fiach Byrne and Daire Byrne. Once again, Davitts hit back and enjoyed an excellent last quarter as their pressure was rewarded with points from O’Neill, Alan Fitzgerald and Noah Walsh.

Defences got the better of the exchanges in the second period and the respective forwards of both sides found the going tough. Possibly the confidence of having scored the two goals was the momentum which spurred on Clonmore and they added further points through Cian Weekes, Lambe and Daire Byrne.

Michael Davitts had their moments in the second half but found the Clonmore defence in great form. They piled on the pressure but in the end time ran out for one side while Clonmore saw down the clock to emerge victorious. 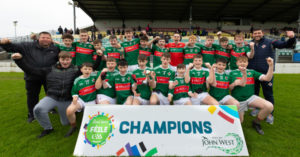 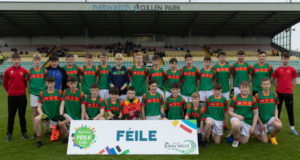 The Michael Davitts team who lost to Clonmore in the Feile Football Division 2 final in Netwatch Cullen Park. Photo: michaelorourkephotography.ie 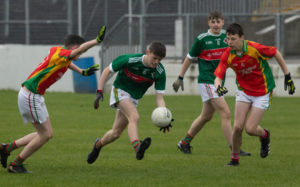 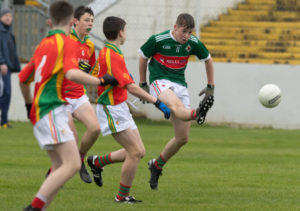 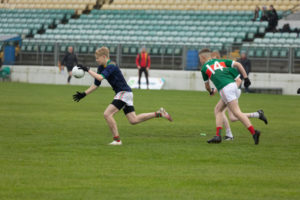 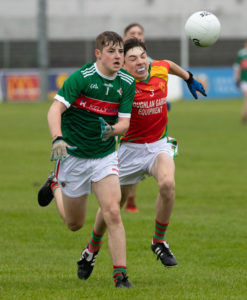 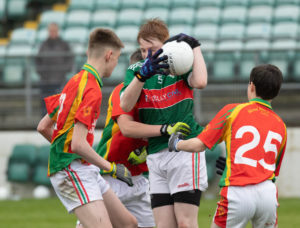 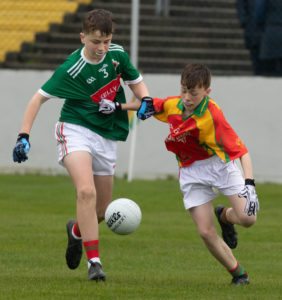 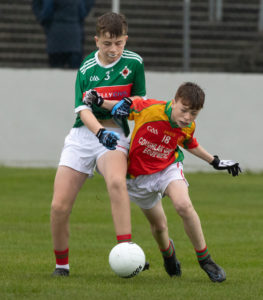