GOWRAN Park stages an eight-race card on Wednesday evening which should provide plenty of clues for the future. 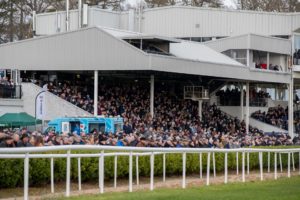 There is action at Gowran Park today Photo: ©INPHO/Morgan Treacy

The action gets underway at 4.50pm and concludes at 8.20pm. The going at the track is currently Yielding, Soft in places and there are showers forecast. We have previewed the action and you can find the latest odds at Irishracing.com

The first feature race on the card is the €47,500 Listed Irish Stallion Farms EBF Vintage Tipple Stakes at 5.50pm. Barrington Court has plenty of classy form to her name and may have needed her reappearance when sixth at Cork. Mighty Blue has been mixing it over hurdles of late, but won this race 12 months ago when getting the better of Lismore and is therefore of interest. Lismore went on to land the Henry II Stakes at Sandown and is open to more improvement, along with Annerville who was second in Listed company at Cork on her seasonal reappearance.

Another Listed contest is the €47,500 Listed Irish Stallion Farms EBF Victor McCalmont Memorial Stakes (6.20pm). Paddy Twomey has two leading contenders here in the shape of Rumbles Of Thunder and Sultanov Swing. The latter is of particular interest having powered to a three-length success on debut at the track in April and is taken to get the better of her stable companion who also shaped with promise on her first start since making the move over from France when fourth at Cork in April. Seisai was smart last term including when capturing Listed honours at Tipperary and also boasts winning form at Gowran Park. However, she needs to improve on a seventh-placed effort at Leopardstown when last seen.

Across the rest of the meeting, one of the most interesting races on the card is the Irish Stallion Farms EBF Open Singles Thursdays Maiden over a mile at 5.20pm. Aidan O’Brien has two newcomers in the race with Cologne and Middlemarch. Cologne is a fascinating contender being a half-brother to Queen Anne Stakes hero Tepin, whilst Middlemarch is a son of Caravaggio.

Of those with experience, Adonis has run five times without success, but the son of Siyouni is one to monitor. Warren Beach took a big step forward when third at Dundalk in April and has since undergone wind surgery. Schiele was third on his comeback and the £355,000 purchase is a brother to Group Three scorer Angels Hideaway. Rihani has undergone wind surgery since finishing fifth on his debut at Naas and is another to note along with Moe Sedway who produced his best performance to date when second over course and distance last month.

The Irish Stallion Farms EBF Fillies Maiden at 6.50pm is another interesting event. Aidan O’Brien runs Frankel filly Lost who was a well-beaten 10th at Cork in April and needs to leave that debut effort behind and Galleria Borghese who is related to Group One scorer Kingsbarns, but was only 11th on debut at Cork in April.

Red Azalea posted her best effort to date when chasing home the exciting Emily Dickinson at Naas in April and is respected along with Paso Robles who was fourth on debut at Gowran Park in the same race as which Gradulations finished second. Deceit, fourth at Dundalk in December is another to note, along with Clemmic C who was second to the smart History at Gowran Park in September, but was then only fourth at Leopardstown on her final run last term.