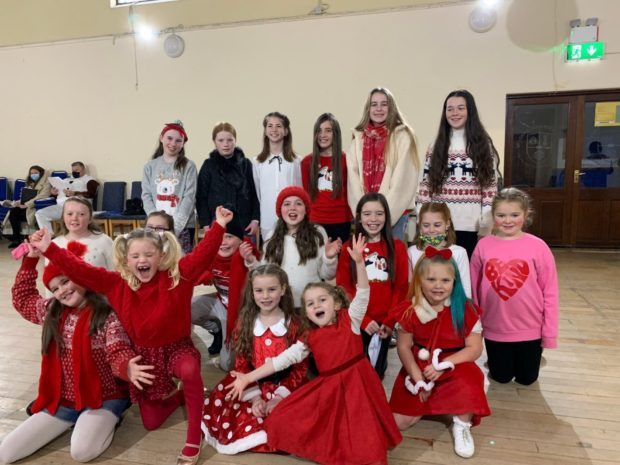 The children’s cast of Striking Productions’ Freezin, The Quare Cold Panto at their final rehearsals before the show was cancelled

The company, who produce one of the most popular annual shows in Carlow, had to cancel its sellout shows at the 11th hour due to Covid restrictions on indoor events in December.

There had been very significant outlay for the show with sets being made and erected, contractors had been acquired for lighting, smoke, wind and snow machines, while special costumes had been sourced from all over the world.

Government supports for some shows affected by the restrictions had been announced but Deputy Jennifer Murnane O’Connor said the Carlow group had not yet received funding.

Speaking in the Dáil, she said: “It is unacceptable. It is now May. This excellent group had sold out all its shows. It owes a lot of money to people it had hired and cannot pay them. Will the Minister of State confirm whether the payment is through the local authority or the Department? There is confusion between the two. The group needs to be paid.”

In a response on behalf of arts minister Catherine Martin, minister Jack Chambers expected payments would be made shortly. He could not comment specifically about Striking Productions. He added 210 applications had been submitted and while grants worth €6.5m had been offered to 79 applicants to date.