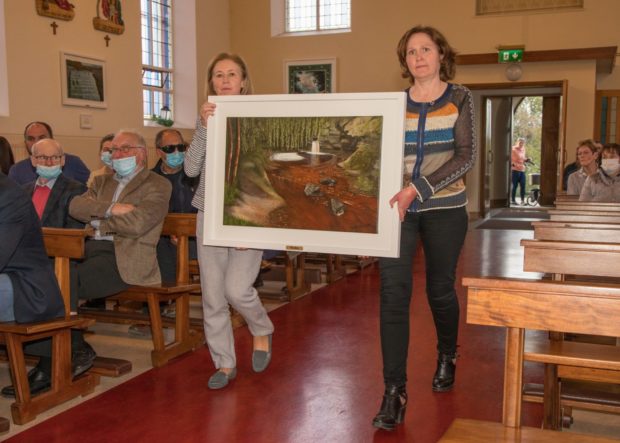 A BEAUTIFUL series of paintings inspired by Killeshin and the sacraments were unveiled recently. Local artist Rebekah McDermott created eight paintings as part of the bicentenary celebrations of Holy Cross Church.

“Killeshin is steeped with lovely scenes and we applied that to the sacraments,” said parish priest Fr John Dunphy.

St Diarmaid’s Well, where people used to be baptised in the early church represented baptism. The Romanesque doorway represented confession and the Mass rock, where Masses were celebrated during Penal times, symbolised the eucharist. An eighth painting marked the grotto in Rossmore. Parishioners who had their own connection to the various sacraments brought the paintings up to the church at a recent service on 29 April.

“Rebekah is very gifted. She took it on as a labour of love and she really loved doing it. We thought she would take a whole year to do it, but she promised to have it by 1 May,” said Fr Dunphy.

The idea came from a similar project in another parish at the turn of the millennium.

The paintings are placed underneath each station of the cross. The paintings also compliment great local pride in the area and there are plans for a youth pilgrimage of the various scenes. 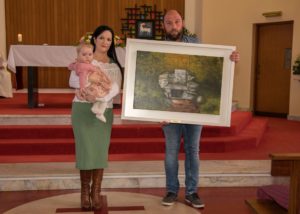 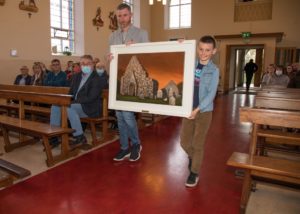 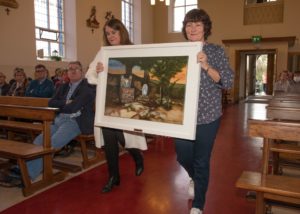 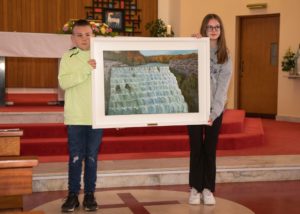 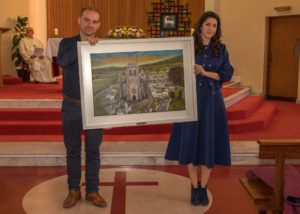 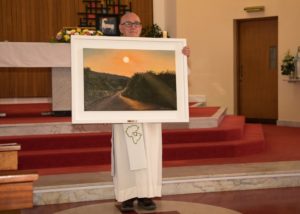 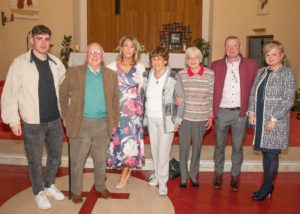 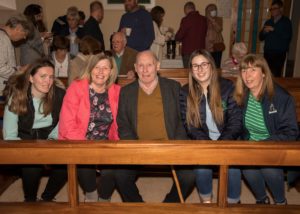 At the unveiling of Rebekah McDermott’s paintings in Holy Cross Church are Ciara and Annette Monaghan, Liam Brennan, Shauna and Marie Reade