THE first ever Tailteann Cup draw has been made and Carlow have been given a home tie against Tipperary in the first round.

GAA President Larry McCarthy made the draw on Morning Ireland on RTE Radio 1 this morning. 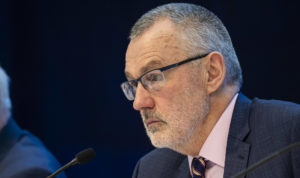 McCarthy explained the reasoning why the competition has been regionalised, saying that local rivalries will increase interest while the shorter trips will reduce costs.

With 12 other teams alongside Carlow in the southern section of the draw, a preliminary round was needed.

The preliminary round in the southern section of the draw will be played next weekend, 21/22 May, while the first round of the competition will begin on 28/29 May.