CARLOW’S first ever game in the Tailteann Cup has been fixed for Sunday 29 May at 2pm in Netwatch Cullen Park at 2pm.

Niall Carew’s men avoided the preliminary round in the draw that was made on Monday so have an extra week to prepare for the visit of David Power’s team. 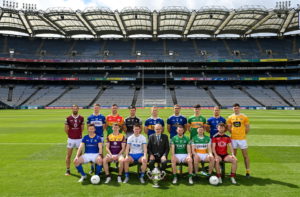 Carlow were beaten 2-16 to 0-11 when the teams met in Thurles in Division 4 of the Allianz League earlier this year but Carew isn’t reading too much into that.

“Tipperary are tough but I thought we performed very well when we played them in the league. Apart from the last fifteen minutes. We know what we face and we are looking forward to it,” he said.

Carew confirmed there have been no defections from the squad from the end of the league and he is pleased to have another week of preparation after avoiding the preliminary round.

“We played challenge games against Wexford and Longford. We have one more challenge match next weekend. It gives us time to prepare minutes. We know what we face and we are looking forward to it,” he said.

Northern section, all Saturday 28 May

Southern section, all Sunday 29 May