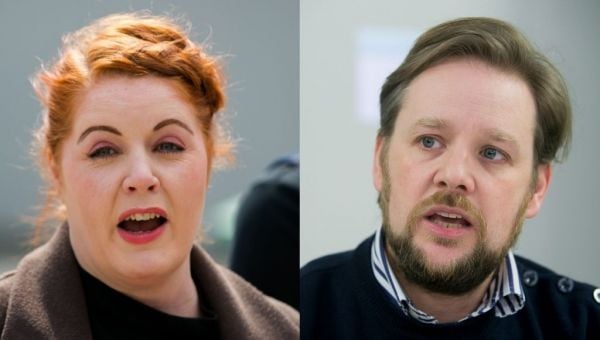 The chair of the Green Party, Senator Pauline O’Reilly, has said that there is unity of purpose within the party.

It comes after Green Party TDs Neasa Hourigan and Patrick Costello both lost the party whip for voting against the Government on Wednesday night.

The two TDs broke ranks to back a motion calling for “full public ownership” of the National Maternity Hospital site.

The Dáil passed the Sinn Féin motion, with the final result being 56 TDs in favour, 10 against, and 69 Government TDs abstaining.

Speaking to RTÉ radio’s Morning Ireland, Ms O’Reilly said the two TDs who had voted against the Government had known there would be sanctions against them, but everyone in the party had the “utmost” respect for them and hoped that both would “return to the fold” after the six months.

All members of the Green Party believed the new National Maternity Hospital should be built on public land, she added, but that land simply was not for sale.

Further reassurances about the hospital had been given over the last number of months, including the extension of the lease from 99 to 299 years.

Difficult decisions had to be made by Government and this was the best decision for the women of Ireland, she said.

The move made by Ms Hourigan and Mr Costello has called the stability of the coalition Government into doubt.

With the whip now removed from both TDs, the Government’s majority has reduced to 80 TDs against 79 opposition TDs.