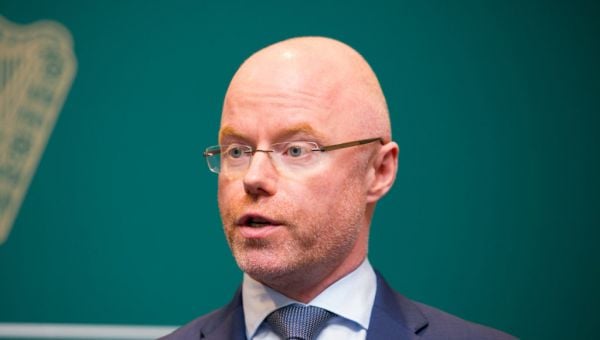 The HPV vaccine is to be made available free to all women under 25 to reduce cervical cancer rates, Minister for Health Stephen Donnelly has confirmed.

Mr Donnelly told the Irish Examiner he had written to the HSE telling it to outline a vaccination programme for women and a catch-up programme for girls and boys in secondary schools who missed out during the pandemic.

This follows new advice received from the National Immunisation Advisory Committee (Niac) to “prioritise” women under 25 and current second-level students for the vaccine.

The advice also said “catch-up vaccination” was recommended for unvaccinated people under 25.

“This is an incredibly effective vaccine and I would like to see a catch-up programme rolled out as quickly as possible,” the Minister said

“We have a number of young women who were offered the HPV vaccine and didn’t take it at the time.

“I think there’s been a really strong response to the power of vaccines now and there are women who are saying they would like the vaccine, but it is really expensive to get it privately”

Niac is preparing new advice on whether to change from giving three doses of the HPV vaccine to just one, following a similar decision by British health authorities in February.

“We don’t have a date [for expanding the programme] but I am very keen that there is a funded, catch-up programme,” Mr Donnelly said.

A HSE spokeswoman said it received the correspondence from the Minister on Friday.

“The HSE is working through the Minister’s request and will respond with a plan when stakeholders have been consulted,” she said.

She said HSE school vaccination teams had already been working with schools to ensure anyone who missed their shot while in first year gets a second opportunity.

Very pleased to announce that we are planning a catch-up programme for the HPV vaccine. This is an incredibly effective vaccine and young people should be able to access it without a prohibitive cost barrier. I have asked the HSE to operationalise this. #HPV

Speaking about the announcement, Irish Cancer Society chief executive, Averil Power said: “After many years of strongly advocating in support of the HPV vaccine and more recently for a catch-up programme, we welcome today’s significant announcement by the Minister for Health Stephen Donnelly that this will now be happening, and we recognise his leadership on this important issue.

“Around 400 women and men are diagnosed with HPV-caused cancers every year in Ireland. It is essential that nobody misses out on the protection against cancer the HPV vaccine gives, so that we can achieve our shared goal of eliminating HPV cancers.

“The Irish Cancer Society urges every eligible person to get the vaccine once the catch-up programme is in place. We appeal to the HSE to develop an implementation plan as speedily as possible so that those who may have missed out can soon benefit from vaccinations.”