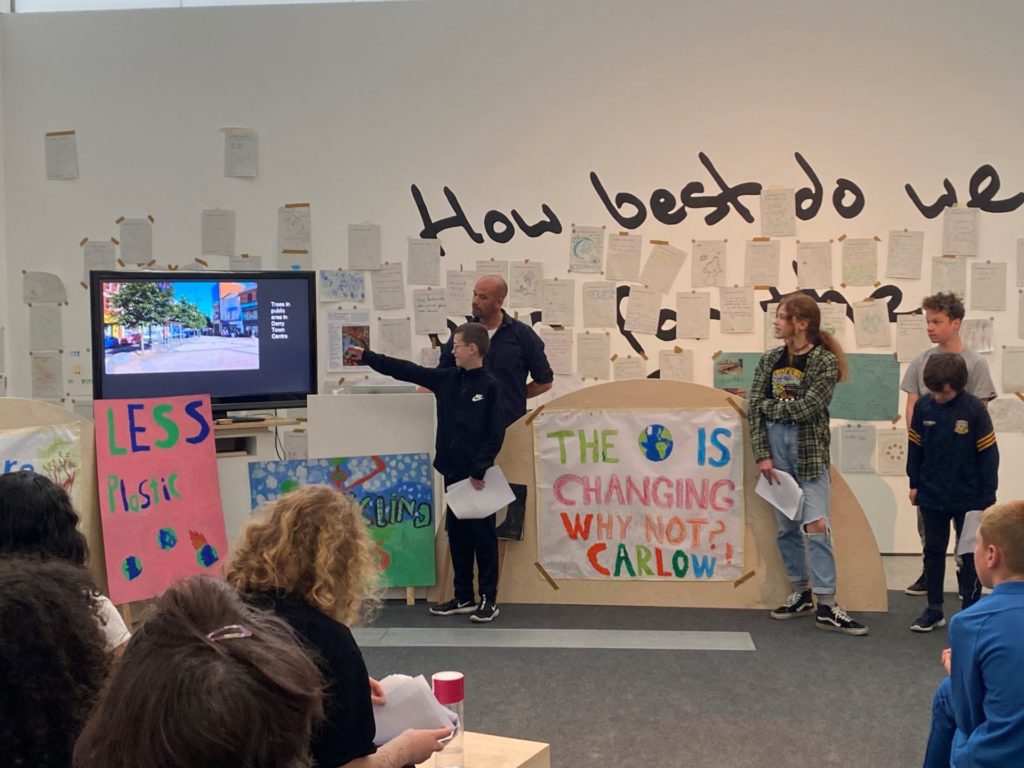 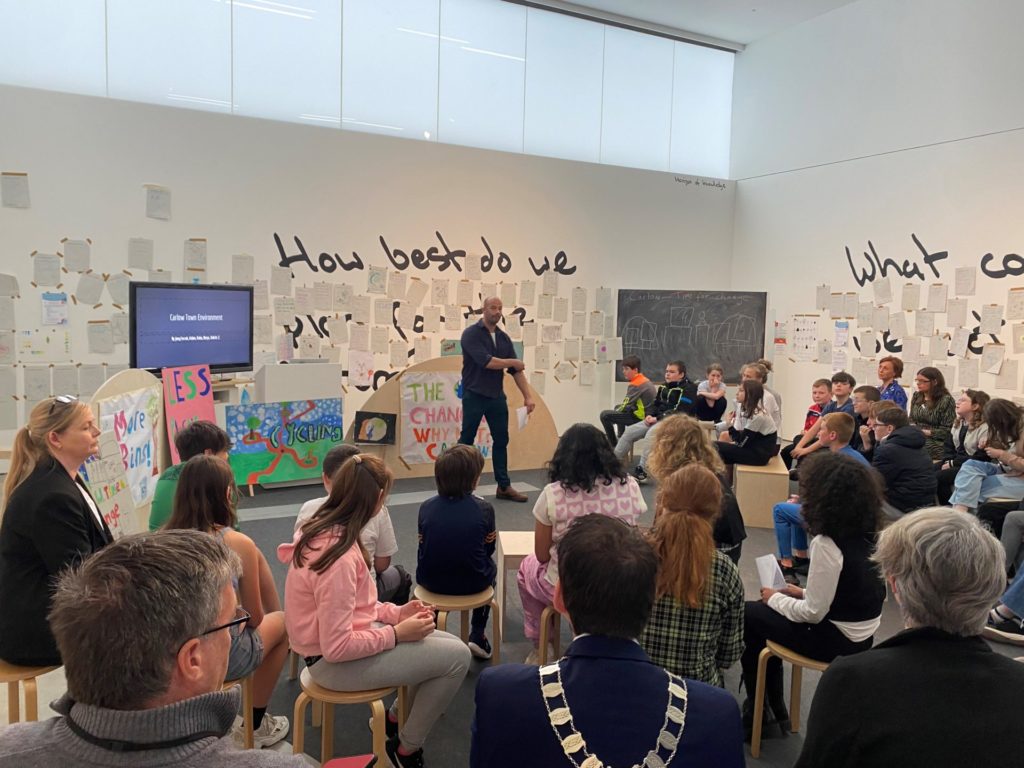 GIVING young people a voice in the future planning of our towns was the ethos behind an exciting project taken on by senior pupils at Carlow’s Educate Together.

Over the past few months, Mark O’Brien’s fifth/sixth class have been examining how young people interact with our built environment in Carlow town. As part of this project, the pupils set off on walking tours of the town, taking in the parks and streets, streetscapes, public spaces and infrastructure and how it best serves young people.

They took notes on the positive elements and the bits they felt could do with improvement for the young people of Carlow and also availed of some good advice from architect Emma Geoghegan from TUD in urban planning and some great workshops from Clare Breen in Visual.

“We wanted to give the children of our town a voice when it comes to the planning of future infrastructure and public spaces,” explained Mark.

“We looked at examples of urban design for young people from around Ireland and from other European countries and how we could adapt them to suit our town. We also looked at how best our design ideas could tie in with active travel and climate action goals,” he added.

All this observation, consideration and hard work was then presented under the title ***Carlow – Time for Change*** at an event in Visual, Carlow recently.

The project was introduced by Muireann Ranta, who specialises in children’s rights and participatory action. She spoke about the obligation adults have to listen to the voices of children when making decisions according to the ***UN Convention on the Rights of the Child***.

The children spoke brilliantly about their project and gave some fantastic suggestions about improving our town for the better, including making it easier to get around on foot or by bike/scooter, improving our streetscapes by adding more art and trees, installing more ‘pocket parks’ – small public spaces, where people can spend time – and making our town centre less car-dependent.

“It was a great opportunity for the children to see participatory political culture in action and to give them a sense of their voices being heard,” said Mark.