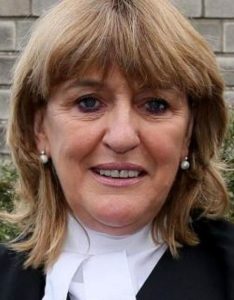 “They have no need for an interpreter when they go to buy their hooch. They don’t need assistance when they’re signing on for social welfare,” said Judge Miriam Walsh. A visiting judge told Portlaoise District Court last week that she was “sick to the back teeth” of people looking for interpreters to assist them in court proceedings who have been living in Ireland for years as reported by The Laois Nationalist.

Judge Miriam Walsh made her comment when an interpreter was sought to assist a defendant at last Thursday’s sitting of the district court on assault and public order offences. She said that those seeking interpreters “are costing the taxpayer money. They have no need for an interpreter when they go to buy their hooch. They don’t need assistance when they’re signing on for social welfare. They know more English than we know ourselves. I’m sick to the back teeth of people hiding behind interpreters”.

The Laois Nationalist understands that a company supplying interpretation services to the Courts Service in Portlaoise charges €74.72 for every hour one of its agents is present in court for a defendant who may need language/s translated. While the agents may be required to be present at the start of court proceedings at 10.30am, in many instances the relevant cases may not be called for some hours. The state also employs its own interpretation companies to assist in prosecuting cases.

Judge Walsh’s comments were made when a 24-year-old man pleaded guilty to two counts of assault and to being intoxicated and engaging in threatening abusive and insulting behaviour at Malik Takeaway, Dublin Road, Portlaoise on 12 February last.

Garda Sergeant JJ Kirby said that at 8pm on the day in question, the defendant went into the takeaway to order food and became aggressive. He went behind the counter and punched a staff member several times in the face. Another man who went to assist the staff member was also assaulted by being punched in the face by the defendant.

Judge Walsh said: “This was a nasty incident carried out on two people who were just doing their job on the night.”

Defending solicitor Josephine Fitzpatrick said that her client, who has been in Ireland for the past five years and who is now living in Dublin, has very little recollection of what happened on the night.

She said: “He was drinking whiskey, which he doesn’t normally do, and his next recollection was waking up in the garda station. He went out for a few drinks with his friends. He is very disappointed with himself. He realises that he has to compensate the injured parties and has written letters of apology. He has no previous convictions and is of previous good character.”

Judge Walsh said: “While he might have very little recollection of what happened, his two victims have. He’s being living in Ireland for the past five years and he wants an interpreter. He didn’t need an interpreter with him when he went to buy his drink, or when he goes shopping. They know more English than we know ourselves. I’m sick to the back teeth of people hiding behind interpreters. He beat the sugar out of two people, who were just doing their job that night.”

She went on to adjourn the case until 26 May.