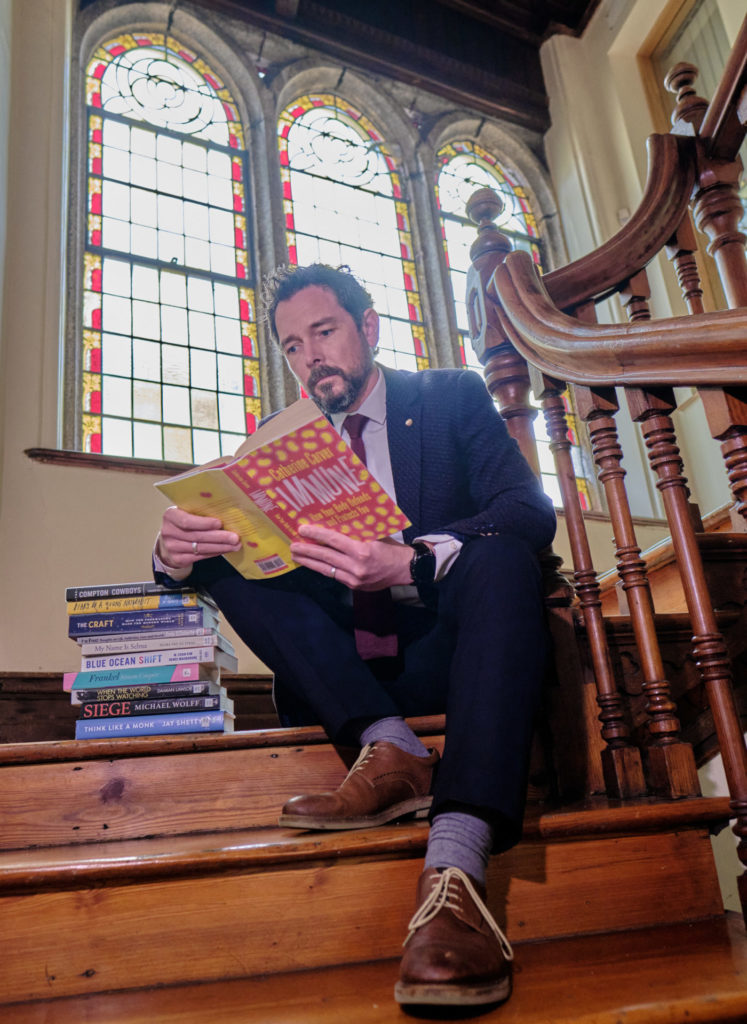 A SIGNIFICANT percentage of Carlow people’s literary needs are not being meet, a new strategy for the county has uncovered.

At the May meeting of Carlow County Council, county librarian John Shortall outlined an all-society initiative entitled ‘Towards a Literacy Friendly County Carlow’, a ten-year strategy supported by the National Adult Literacy for Life. Co Carlow is now one of the first in the country to take on board this research, offering an insight and strategy to support people with literacy needs, including numeracy and technology.

Mr Shortall stated that the research was aimed at examining the issue of unmet adult literacy needs in Co Carlow, to understand the barriers to achieving high literacy, what supports are available to adults with unmet literacy needs and the steps that can help develop a literacy-friendly county.

Initial studies have found that one in six adults in Co Carlow have issues with literacy, and of those, one in four adults rank at below a basic literacy level.

Mr Shortall revealed that in Co Carlow, 17% of people have not completed second-level education and have not taken the leaving certificate exam. This means these people are likely to have some unmet literacy and numeracy needs, which can lead to greater challenges in life. The Co Carlow leaving certificate completion rate stands at 83%, which compares with the national average of about 86%.

Mr Shortall stated that SOLAS, Ireland’s Further Education and Training Authority, also carried out national research and a consultation process, which has delivered the Adult Literacy for Life – a ten-year adult literacy, numeracy and digital literacy strategy (2021). He said that the findings of the Co Carlow research are in line with the findings from that national research, but offer a more local perspective on concerns and the complexities of finding solutions. Because of this research, Co Carlow is an early adopter of actions from the national strategy.

Mr Shortall thanked executive librarian Patricia Nolan, who put together the library’s ‘right to read’ team and is dedicated to tackling the issue. He added that she had recently been elected to the board of the National Adult Literacy Agency (NALA), giving the library even greater insight into the issue.

Cllr Fintan Phelan thanked John and his team at Carlow Library for this “massive body of work” and stated that everyone needed to “work towards the recommendations in this report”.

Cllr Fergal Browne urged a societal change on the issue of literacy, noting the “complications of forms”, which can often use language that’s difficult to understand. “I’ve had a situation where’s its 80 pages long to open a simple bank account … we need to be simplifying things, not lengthening things,” said cllr Browne.

Cllr Michael Doran remarked that Carlow County Council was always “service driven” and stressed the importance of having “a person on the end of a phone”, while cllr Adrienne Wallace agreed that filling forms and reading forms is a “huge issue”, which can be a challenge due to low literacy or lack of confidence.

Cllr Andrea Dalton said she was “passionate about community education” and welcomed the recommendations and the ‘plain English’ approach from NALA.

Mr Shortall agreed that simplifying forms is a big issue and filling in an 80-page document to open a simple bank account is “arduous for anyone”. He added that the use of QR codes and text-to-speech aids such as a C-pen were now available in each library within the county with an aim to purchase more technology to aid literary.

He stated the that low literary, dyslexia and visual impairment can all be barriers to literacy.