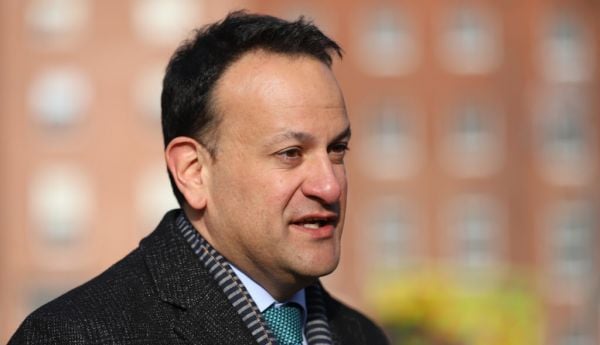 Tánaiste Leo Varadkar has emphasised that the Government’s special education policy is one of integration, in response to a number of questions raised by TDs in relation to plans to create special school centres as an “interim” measure.

The Minister for Enterprise also acknowledged that “stop gap” was not appropriate language to use in relation to policy measures for children with special educational needs.

It comes as TDs have raised concerns among parents and advocates about the difficulty in finding school and class places for children with additional needs. In Dublin alone, there are 80 children waiting for a special class place.

In response to a question from Labour TD Duncan Smith, who raised the issue of the need for more special school places for the second day this week, Mr Varadkar said the Government’s policy is one of integration.

“This is no way to make major public announcements, specifically on areas so sensitive and so important,” Mr Smith said.

“This still seems like one of the most brainless, out-of-touch policy responses to a real crisis that has existed in our country for many years.

“As much as possible, children with special needs or additional needs should be integrated in mainstream schools or mainstream classes.”

“Last night I attended a meeting with people from my constituency from the Dublin 15 area,” he continued. “And we were able to confirm last night 22 additional places in special classes in four schools in Dublin 15. We were short 17 places, and we were able to find an extra 22.”

Ms Madigan was also at the meeting, Mr Varadkar said, and was able to achieve “co-operation from the schools” in securing the additional places.

Mr Varadkar also admitted: “Language that was used yesterday was not the best language. No parent wants to be told that their child has been offered a ‘stop-gap’ solution.

“And I particularly don’t like the use of the term ‘autism centre’, because it sounds othering. It sounds like children are going to be bussed away to a special place set away from other children.

“The language that was used last night was not the right language, and certainly has been badly received by parents and by advocates in the sector. I hear that and I get that.”

A meeting is planned on Thursday between department officials and the Special Education Consultative Forum to discuss the proposal.

In a statement released ahead of the meeting, Ms Madigan said she is committed to using the Section 37a process which requires mainstream schools to establish new special classes.

Thanks to our Special Education Consultative forum for meeting this morning. As I’ve reassured them, there are lots of proposals and ideas that come from the department and we want to find solutions that work for children with special educational needs

Meanwhile, Sinn Féin’s Matt Carty raised the cost-of-living crisis during Leaders’ Questions, and said fuel prices had crept back up to levels they had been at when the Government raised its fuel subsidy measure.

“It’s an understatement to say that the packages your Government have introduced don’t go far enough. They didn’t make a dent in the astronomical living costs that people face.

“Fuel prices are now back at the level they were at before the Government introduced a measure that you were told wasn’t enough. In fact, the price at the fuel pumps is even higher today than it was then.”

Mr Varadkar said the rising cost of living was “largely driven” by international factors, including the war in Ukraine and China’s zero-Covid strategy.

“It’s the kind of thing you would do in two budgets,” he said.

Mr Varadkar said it was an opportunity to raise issues like the Northern Ireland Protocol, and he flew by commercial flight and stayed at a four-star hotel.