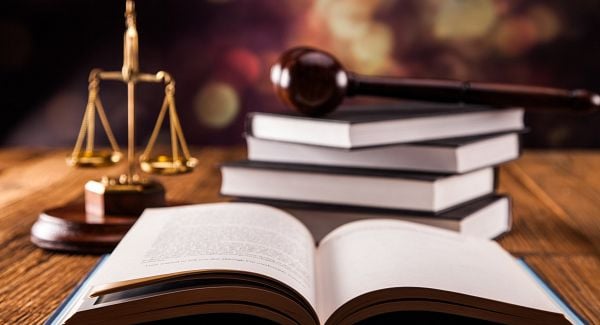 The High Court has struck down and deemed unconstitutional a specific section of the law that criminalises sexual acts with a child.

It follows a challenge brought by a serving prisoner against an aspect of the 2006 Criminal Law (Sexual Offences) Act that makes it an offence to engage or attempt to engage in a sexual act with a person under the age of 17 years.

That Act, which was amended in 2017, contains a defence where the accused can prove that they were mistaken that the child was underage at the time of the offence.

A subsection of the 2006 Act also says that the standard of proof required to prove that the defendant was reasonably mistaken as to the child’s age “shall be that applicable in civil proceedings.”

It was against that subsection that lawyers representing the convicted person brought a High Court challenge asking whether it was constitutionally permissible to impose a legal burden on an accused in a criminal trial, as opposed to an evidential burden only.

In her ruling Ms Justice Siobhan Stack said her preliminary view was that the subsection in question, namely subsection 5 of section 3 of the 2006 Act, as substituted by section 17 of the 2017 Criminal Law (Sexual Offences) Act, is invalid and contrary to Article 38.1 of the Irish Constitution, which states that persons can only be tried with criminal offences that are in accordance with the law.

The judge said she was of the view that it is an aspect of the fundamental fairness of a criminal trial that an accused should not be liable to conviction where there is a reasonable doubt as to his guilt.

Having considered the matter the judge said it was constitutionally impermissible “to impose more than an evidential burden on an accused who wishes to invoke that defence, and the imposition on the accused of a standard of proof to the civil standard, i.e., on the balance of probabilities, is contrary to Article 38.1.”

Therefore, a provision such as that the subsection in question, which deals with the core issue of moral culpability of the accused, and which places an obligation on him to prove on the balance of probabilities that he is not so culpable, is contrary to Article 38.1 of the Constitution, she said.

As a result, the judge said the court should make a declaration that the subsection of the Act was invalid.

The challenge, which was opposed by the State was taken by a young man found guilty of an offence under the 2006 Act by a jury at the Circuit Criminal Court. He was jailed for a period of one year and 10 months.

His lawyers claimed the wording of the subsection effectively breached his right to presumption of innocence and his right to a fair trial.

The Judge noted the now 23-year-old plaintiff was 19 years of age when the offence is alleged to have occurred, while the complainant was just under 16 years of age.

The judge said that while the age gap between the two was not that large, the court rejected any implication that the commission of any offence by anyone of the young man’s then age contrary to the Act was not that serious.

The young man, who cannot be identified for legal reasons, is serving that sentence concurrently with another sentence and is not due to be released until 2025.

The court noted that in practice, if the section of the Act provided that an accused should only discharge an evidential burden, he or she would be acquitted if the jury at their trial had a reasonable doubt whether the accused was reasonably mistaken as to the child complainant’s age.

The judge said that because the subsection provides that the accused must establish to the civil standard that he or she was mistaken, the jury may convict even if they entertain a reasonable doubt, or even if they think it is as likely as not that the accused was reasonably mistaken as to the child complainant’s age.

Section 3 of the 2006 Act was enacted in response to the Supreme Court decision declaring the offence of unlawful carnal knowledge of a female under 15 years of age contrary to the Criminal Law (Amendment) Act, 1935, invalid because it wholly abrogated the right of an accused not to be convicted of a true criminal offence in the absence of any proof of culpability, the judge said.

The Judge said that it does not seem that the subsection is capable of an interpretation other than that the accused must satisfy the jury on the balance of probabilities that he was reasonably mistaken that the complainant had attained the age of seventeen years.

In expressly providing that the standard of proof required to prove that an accused is reasonably mistaken that the child had attained the age of seventeen years is that “applicable to civil proceedings”, it seemed that the Oireachtas made a clear choice and required that any accused wishing to avail of the defence must discharge the onus on him on the balance of probabilities, the judge said.

The judge said that both sides in the action implicitly recognised the reality that the subsection is quite clear and admits of no interpretation other than that the standard of proof is that applicable to civil proceedings, which was, the balance of probabilities.

Accordingly, if the Constitution requires that, in availing of the “reasonable mistake” defence, an accused should only have to establish a reasonable doubt in the minds of the jury as to whether the defence in fact applies to him, then the subsection must be declared invalid, the judge said.

The judge said she would hear submissions from counsel, at a later date, regarding what final order the court should make.