Leinster Rugby have confirmed the appointment of  Carlow man Seán O’Brien, as Contact Skills Coach ahead of the start of next season.

Former Leinster, Ireland and British and Irish Lions back row, O’Brien, who retired from rugby last month having played his last game with London Irish in the Gallagher Premiership, left Leinster at the end of the 2018/19 season. 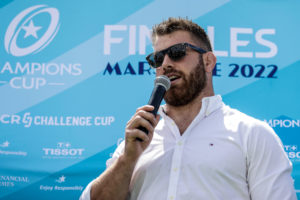 Sean O’Brien will take up a coaching role with Leinster from the start of next season
Photo: ©INPHO/Laszlo Geczo

The 35-year-old left Leinster Rugby as one of the province’s most decorated players, having come through the Leinster Academy system and having played 126 times for Leinster since his debut in September 2008 against the Cardiff Blues.

Commenting on his appointment, Leinster Rugby head coach Leo Cullen said, “It is great to be able to welcome Seán back home to Leinster.

“On the rugby pitch, Seán at his best was virtually unplayable and he was an amazing contributor to Leinster, Ireland and the Lions. In a Leinster shirt, he played a key role in some of our greatest days on the European stage and we hope he can pass on some of his vast experience and winning mentality to our current squad.

“I know that Seán has always been a keen student of the game and has been heavily involved with coaching in Tullow RFC going back to his early playing days. We believe he has a very bright future in coaching and I think it’s a win-win for both sides to have him back here.

“In addition to his experience, Seán has always been a brilliant presence in the Leinster changing room and I think our group will be excited and energised by having him back involved.”

Off the back of these impressive performances in the blue of Leinster, he was named European Player of the Year in 2011.

O’Brien spoke to leinsterrugby.ie about his appointment, saying, “I always said that you’d never know what the future holds and I’ve taken my time to work out what’s next for me. While I have loved my time with London Irish and living in London, the time is right to move back home and this is a brilliant opportunity now to get back and to get back to work with Leinster Rugby.

“I’d like to thank Leo for the opportunity and it’s an exciting one. Building on the great work of Hugh Hogan and most recently Denis Leamy, I can’t wait to get stuck in.

“Working with players that I already know but there is also some real talent coming through and to be having my first coaching opportunity back home at Leinster, is pretty special. They’ve got a busy week ahead of them with Glasgow to come on Saturday and I’ll be a very keen supporter watching them to the end of the season.”

The Tullow native made his Ireland debut in the RDS Arena in November 2009 against Fiji and won 54 Ireland caps scoring six tries in total. He was a member of the Ireland 2015 Six Nations-winning squad and was on two tours with the British and Irish Lions, winning 11 caps.

This will be his first coaching appointment having retired from professional rugby two weeks ago after three seasons at London Irish.