President’s speech on housing may have ‘overstepped the mark’, law expert says 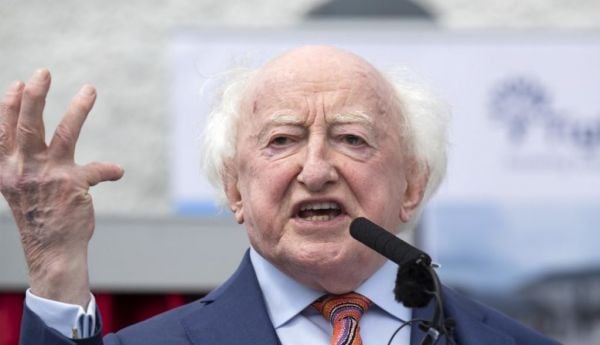 President Michael D Higgins may have “overstepped the mark” by condemning the housing crisis as “a disaster” and “our great, great, great failure,” a constitutional law expert has said.

Mr Higgins addressed the housing crisis in a forceful and emotional speech at the official opening of a new facility for young homeless people near Naas in Co Kildare on Tuesday.

Praising the redevelopment of Jigginstown Manor, a former residential home, into the Tiglin facility for homeless youth, the President used the event to question local and national policies to provide more homes for people and better facilities for the Travelling community.

Mr Higgins also strongly condemned the speculative nature of investment in housing, questioning the Republic that has been created 100 years on since the foundation of the State.

“How republican is what we created? And isn’t it sometimes very much closer to the poor law system that we thought we were departing from. That is a real challenge,” he said.

Seán Ó Conaill, a law lecturer at University College Cork, said there was a “very strong case” that the President had overstepped the mark with his comments on the housing crisis.

“He has a very limited constitutional role,” he told the Irish Examiner.

“He can accept the resignation of a Taoiseach. He can ask the Supreme Court if a bill is constitutional. He shouldn’t be getting involved in things for the executive and the Government.”

Mr Ó Conaill said predecessors such as Mary Robinson and Mary McAleese were often effective in “subtly getting their point across”, but that Mr Higgins had “pushed it” more than other presidents with the comments he had made.

However, it is extremely unlikely that members of the Government would openly criticise the President for such remarks, the constitutional law expert said.

“If there is a back channel to make their feelings known, they might do it that way,” he said.

Responding to the President’s comments, a spokesperson for Minister for Housing Darragh O’Brien told the Irish Examiner that the Minister “is very aware of the many challenges which exist in housing”, and pointed to targets contained within the Government’s Housing for All plan.

While Tuesday’s intervention was made in a forceful manner, this is not the first time the President has referenced the housing crisis publicly.

In 2018, during a speech at the Galway International Arts Festival, he called for a wider debate about “all the constituent parts of our housing system”.