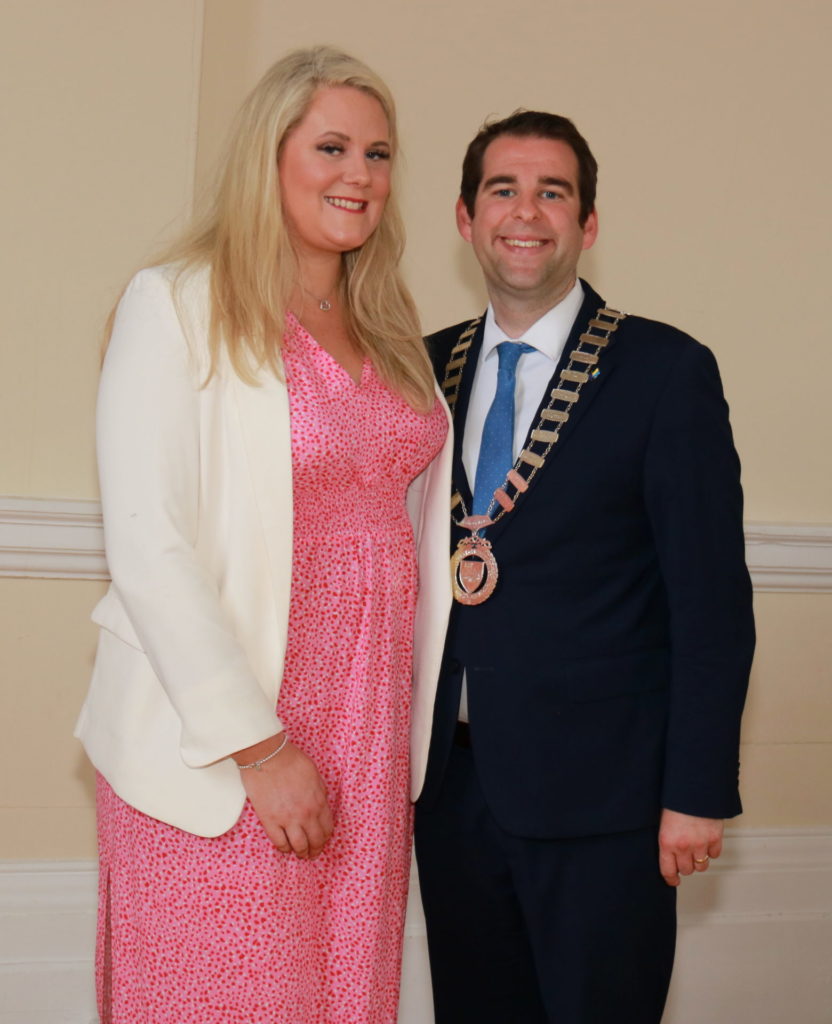 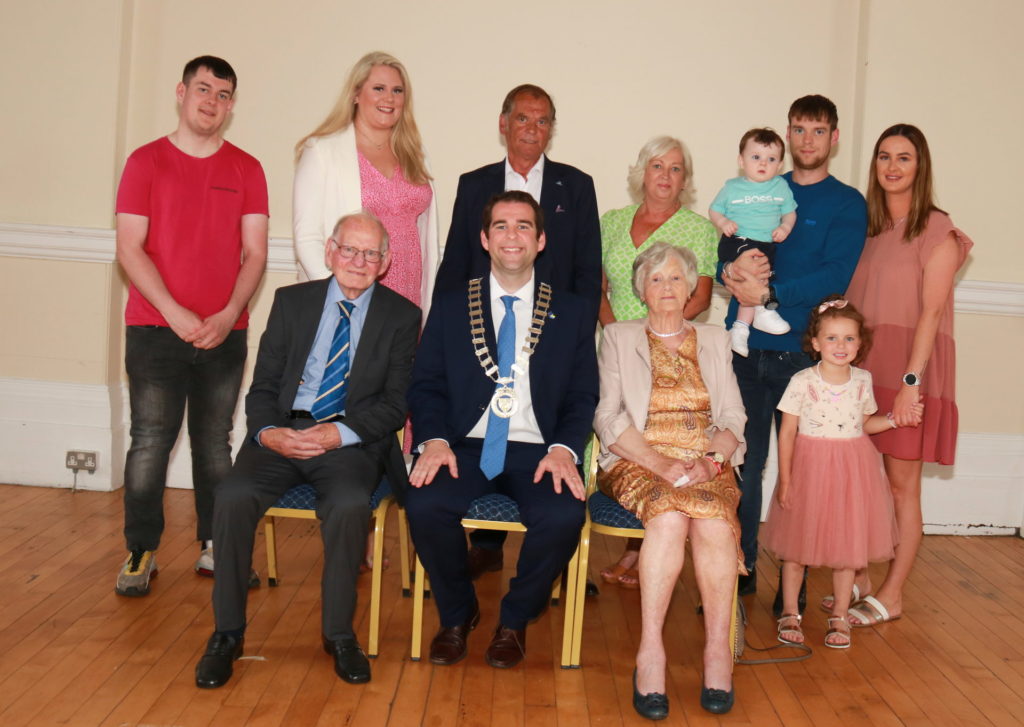 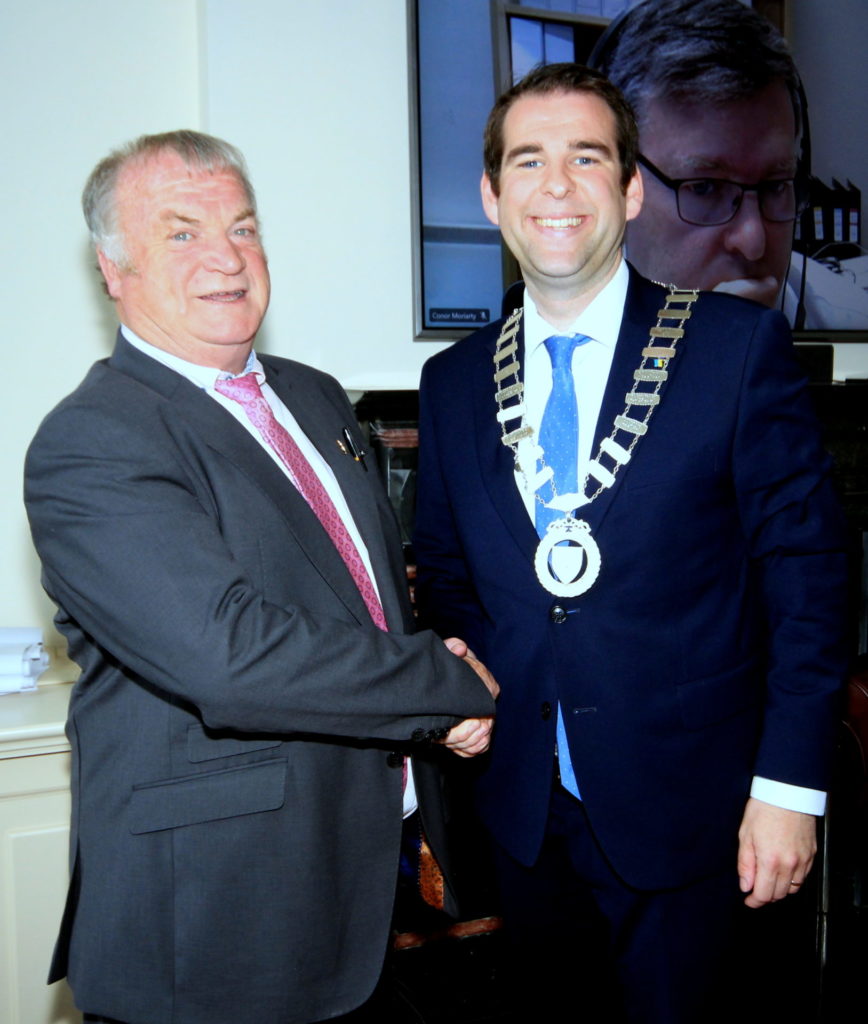 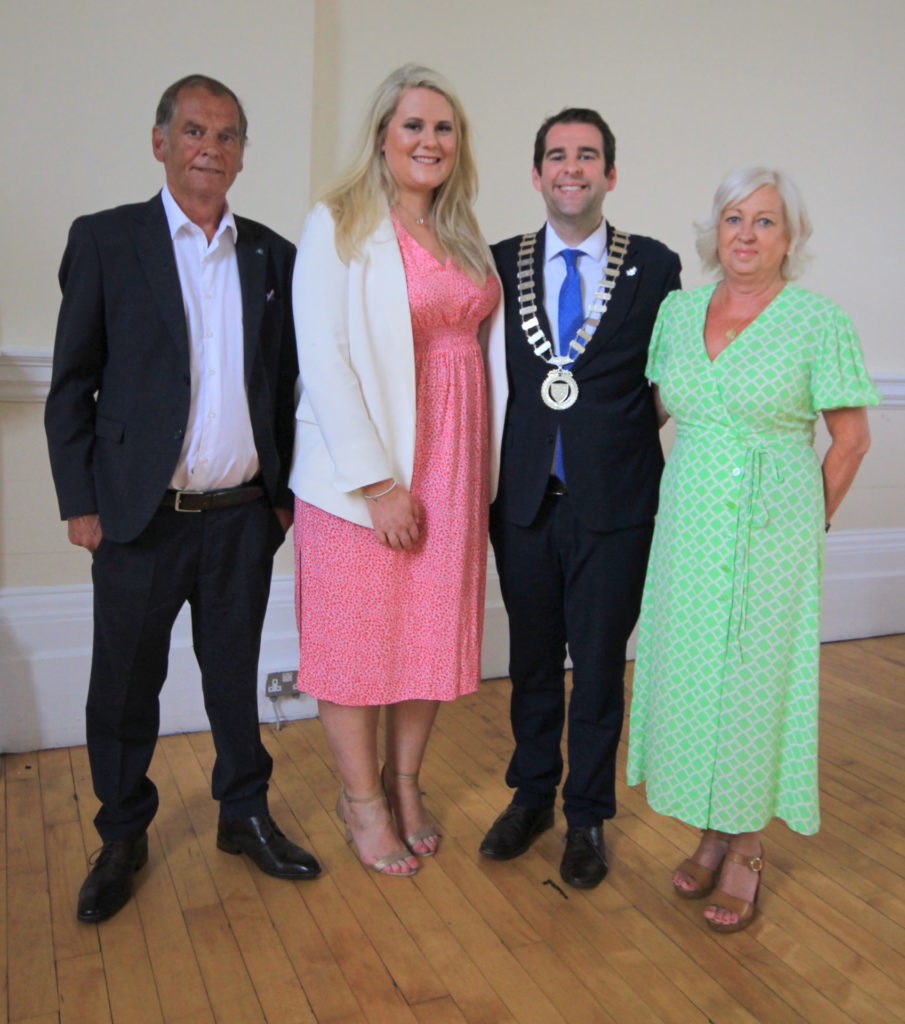 “MY new wife got to see me for four days at least,” quipped newly elected mayor of Carlow municipal district cllr Fintan Phelan.

Cllr Phelan was proposed for the role of mayor by party colleague cllr Andrea Dalton, who  described him as “an excellent cathaoirleach and great ambassador for Carlow.”

Cllr Phelan was seconded by outgoing mayor cllr Ken Murnane, who said he would do “an excellent job,” then also quipped that he “nearly wouldn’t recognise Fintan without a chain.”

Cllr Phelan was then elected mayor of Carlow unopposed.

Mayor Phelan vowed to always work his best for the benefit of Carlow and to continue the work of the municipal district on issues such as the completion of the town regeneration project, the delivery of a town bus service and to advance the role of Carlow as a university town, central to the new SETU.

Tributes were paid to outgoing mayor cllr Ken Murnane, who said he was honoured to have held the role of mayor for a second time.

“Politics aside, everyone here works for improvements in our town,” cllr Murnane said.

Director of services Michael Rainey thanked cllr Murnane for his commitment over the past year and reflected on advancements made during his term, including numerous public realm projects, Hanover Park, the Carlow exchange project and the completion of the county development plan.

Cllr Tom O’Neill said cllr Murnane was a very approachable mayor and a great ambassador for the town and county.

“I never met your late father, but I’m sure he would have been so proud,” he added.

Cllr Cassin remarked that it was great to have a mayor able to be out and about again, while cllr Wallace described cllr Murnane as “a fair mayor.”

Cllr Dalton quipped that cllr Murnane was so hardworking he “didn’t get a hold of the chain as deputy mayor.”