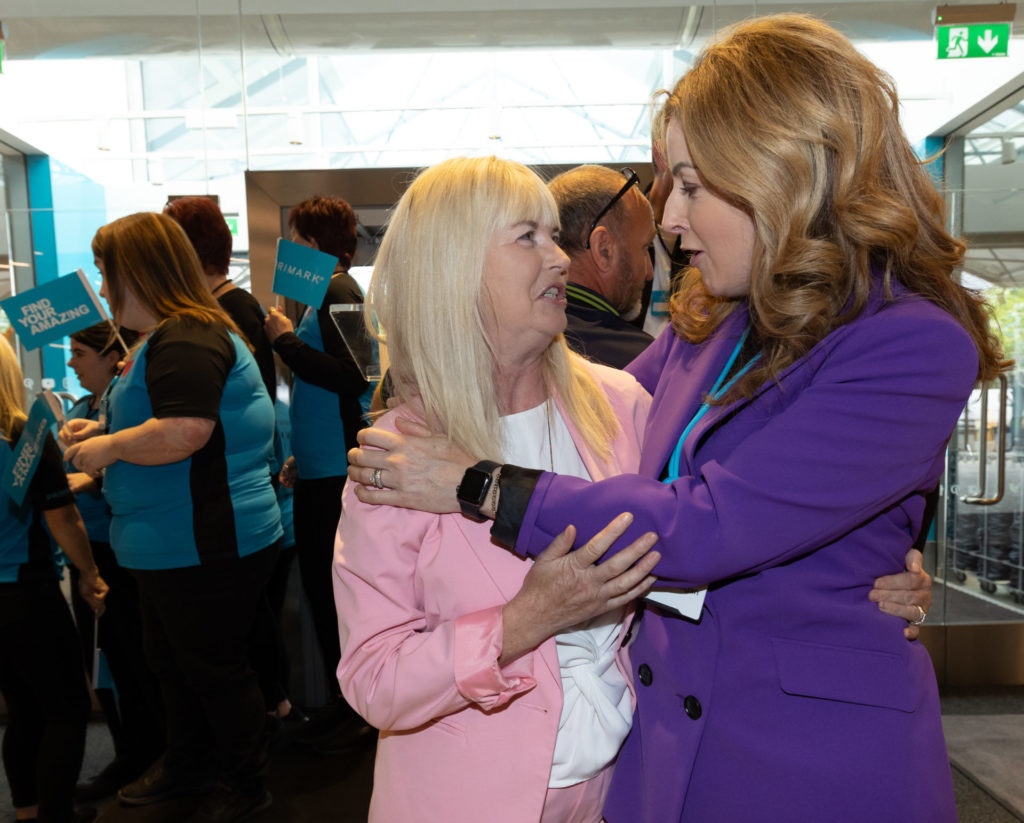 Martina Farrell, wife of the late John Farrell, who cut the ribbon to officially open the Penneys store. Martina is greeted by Lorraine Culligan group director of People and Culture at Primark 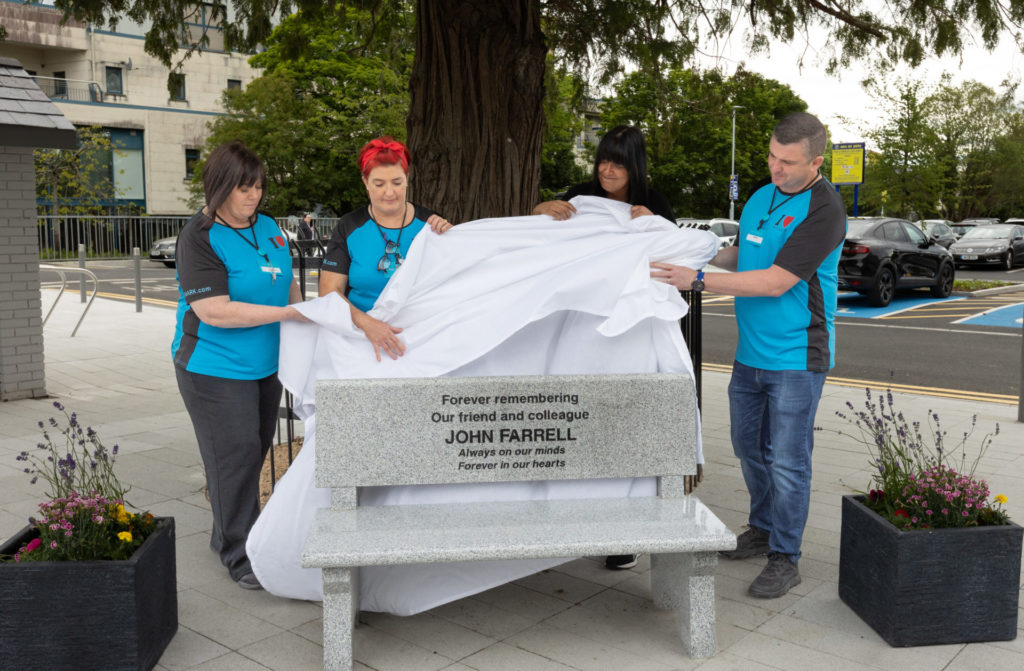 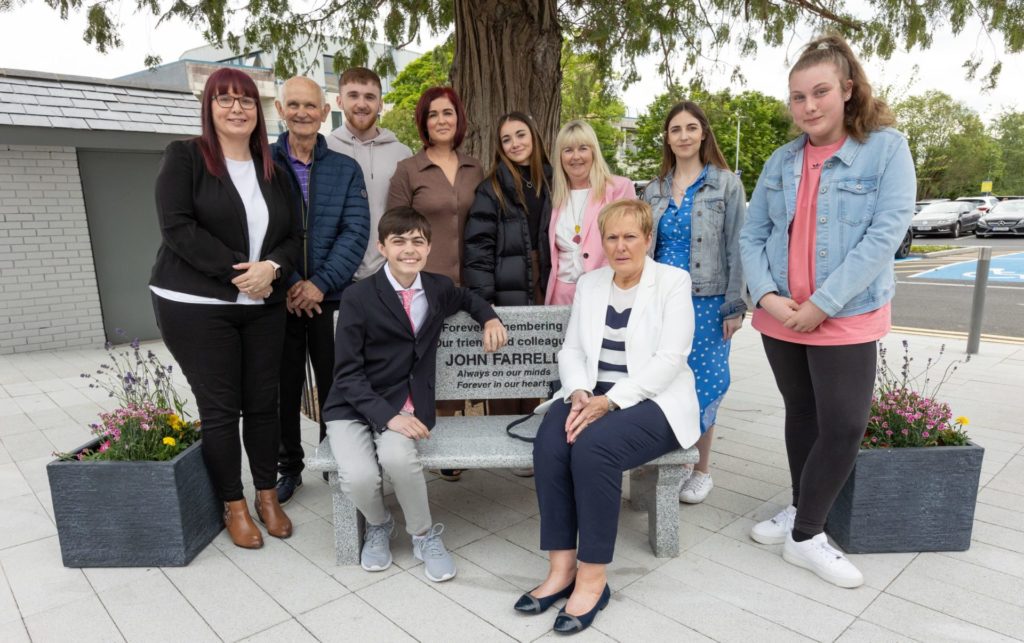 AMID the excitement of Penneys triumphant opening last week, one name loomed large and was very much to the fore on this momentous day for the Carlow store – the late John Farrell. A former store manager of Penneys Carlow, John, who had worked for Penneys for over 20 years, sadly lost his brave battle with Motor Neurone Disease (MND) in November 2020, aged 50.

Fondly remembered by staff and Penneys customers, it was therefore fitting that John’s wife Martina cut the ribbon to officially open the new store. The Farrell family were also there to see John’s former Penneys colleagues unveil a granite bench in the grounds of the Kennedy Avenue store dedicated to him, a wonderful lasting reminder of just how much John meant to so many.

The new 28,000-square-feet €12 million store has been a mecca for fashion followers all this week, attracting record numbers of customers since its opening last Tuesday. Bright and spacious, there’s a heavy emphasis on display, with specific areas of shopping clearly defined and the number of mannequins increased from 20 to 77.

Sustainability is also to the fore in the new-look store with LED lighting, solar panels, new fitting rooms from recycled materials and a commitment to reducing cotton production with its Primark Cares label.

“The entire store was fitted out in ten days,” explained , Carlow store manager Sandra Quinlan, who has been working with Penneys for an impressive 34 years.

Sandra revealed that an incredible 10,000 cartons filled with stock was taken in over those ten days by Penneys Carlow staff, all working tirelessly to fill the new store.

“We are super-proud of our new Carlow store and of the team for all their hard work,” said Sandra. “We’ve been a long time waiting for this, and we are delighted to be back.”

The Carlow store now has five visual merchandisers, dedicated to creating looks that can be viewed by customers throughout the store. Interestingly, it’s the store managers in each of the Penneys branches who individually order the stock for their own store, viewing new lines, then creating their own order based on their expert knowledge of their customers and what works well in their store.

“We have a bigger range in Carlow than we ever had before,” said Sandra.

“We know what works in Carlow and what goes well for us, and we’re always looking at the new lines and order what we know our customers want.”