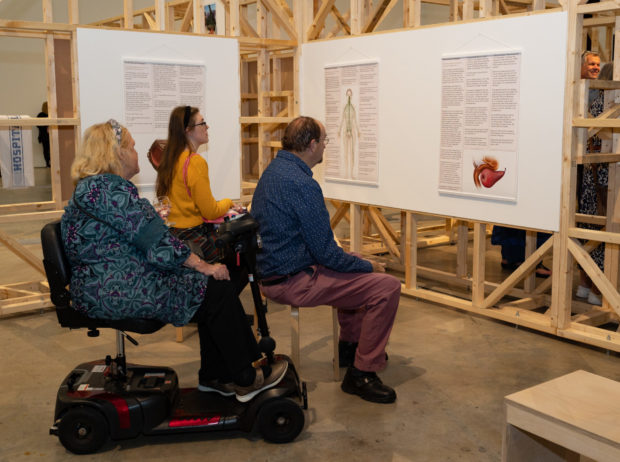 Viewing some of the exhibits during the launch of the new season and arts festival at Visual. Photo: michaelorourkephotography.ie

VISUAL Carlow launched its exciting summer season on the opening day of the Carlow Arts Festival.

This season’s work includes Speech Sounds – Artworks 2022, which is curated by Iarlaith Ní Fhearois and features a multitude of artists’ work in all of Visual’s gallery spaces. Just outside Visual on the grounds of Carlow College is David Beattie’s Future Light from Distant Stars project, which was also launched on that evening as part of the ESB Brighter Future Arts Fund in partnership with Business to Arts.

Speech Sounds, which concludes on 21 August, gets its name from a short story by sci-fi writer Octavia Butler. It’s an exhibition that considers communication, language and the body. Future Light from Distant Stars is a multi-part project, which takes place over an 18-month period from June to December 2023. The focal point of the project is a large greenhouse, which is utilised as a growing environment, a meeting place and a workshop space.

In partnership with Visual, a series of public engagements will connect with the wider Carlow community. Exploring ideas around self-sufficiency, collective care and sustainable food production, the project examines the potential for community, scientific and collaborative exchange to address the climate emergency.

Future Light from Distant Stars is funded by the ESB Brighter Future Arts Fund, in partnership with Business to Arts, supporting artists and organisations that engage communities on sustainability, climate change and a net zero future. For further information on the project and upcoming activities, or if you would like to get involved, contact Visual on 059 9172400. 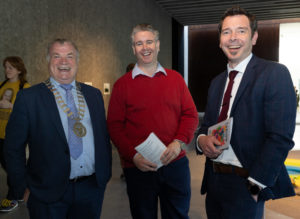 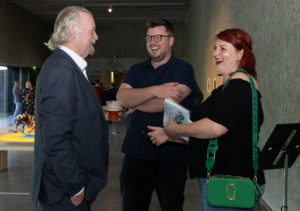 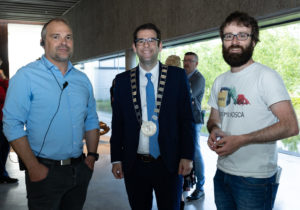