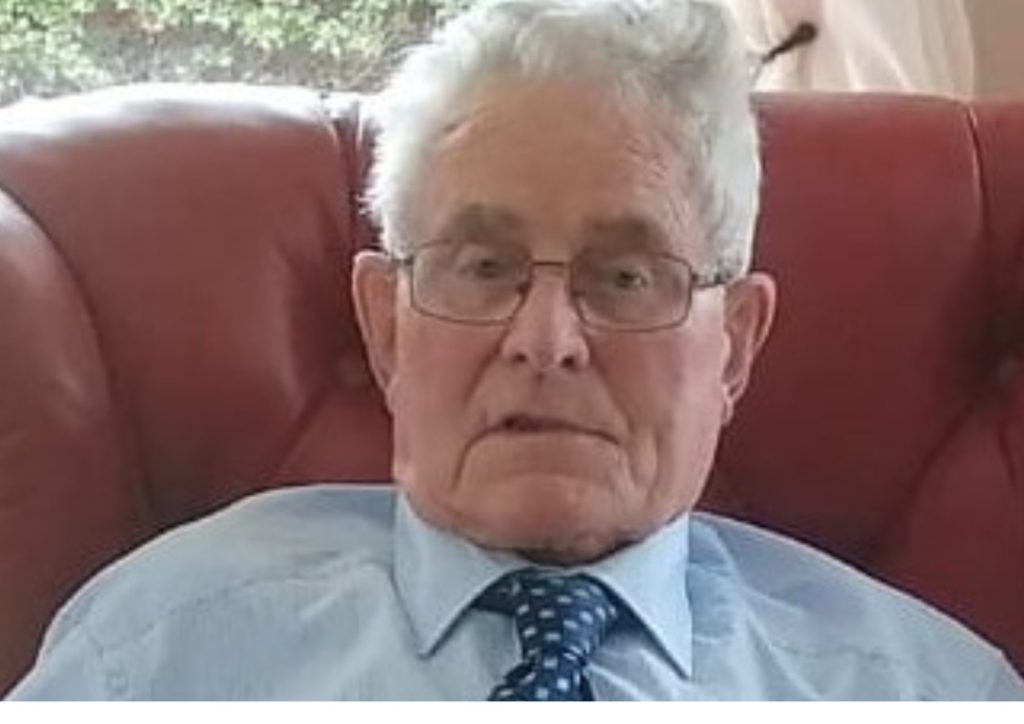 The death has occurred of Paddy Lennon
Clogrennane, Carlow / Laois

Paddy Lennon of Clogrennane, Carlow, passed away on 20 June 2022.

Predeceased by his son Joe and sisters Margaret, Mary and brother Pierce.

May Paddy Rest in Peace

Reposing at his daughter Anne Holohan’s home in Coon West via Carlow, Co. Kilkenny ( Eircode R93 VR72) on Thursday 23 June from 3pm to 9pm and Friday from 3pm concluding with rosary at 9pm.

Paddy’s Funeral Mass will take place in St Fintan’s Church, Ballinabranna, on Saturday at 12noon and will be followed by burial in the adjoining cemetery.

Bernie Nolan (nee Dempsey) Rossmore View, Graiguecullen, passed away peacefully, on 20 June, 2022. Predeceased by her Dad Dinny and sisters Chrissie and Josie. She will be sadly missed by her beloved husband Stephen, much loved mother of Tara and Eddie, her adopted daughters Kellyanne, Delly, the little One and Aoífe, adored grandmother to Lyla, Pauric, Lacey, Oísín and Odhrán her mother Sheila Dempsey, her brothers and sisters, extended family, neighbours and friends.

May Bernie Rest in Peace

Reposing at her home Rossmore View, on Thursday with prayers at 8pm Thursday evening. Removal on Friday Morning at 11am to The Holy Cross Church Killeshin for Funeral Mass at 11.30am followed by committal service at The Victorian Chapel, Mount Jerome, Harold’s Cross.

Aidan Fox, Ballycarney, Carlow and formerly of Douglas, Cork, 19 June 2022 peacefully in the care of the staff of Hillview Nursing Home, Carlow. Beloved husband of Monica and much loved father of David. Predeceased by his sister Mary. He will be very fondly remembered and sadly missed by his brothers Robert and Kevin, his sister Catherine, nieces, nephews, all his extended family, his friends and former colleagues in IT Carlow.

Funeral Mass on Monday (June 27th) at 11am in Church of the Holy Family, Askea, Carlow, followed by private cremation.