First rainbow crossing to be unveiled next month 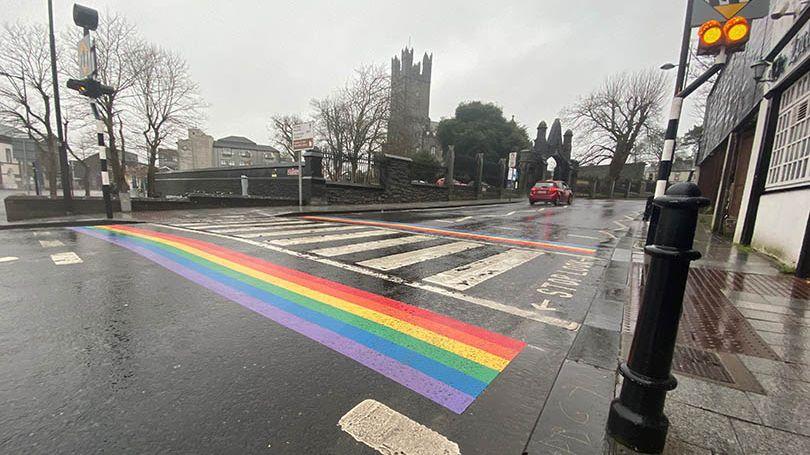 A VISIBLE indication of Carlow’s diversity and inclusiveness will be unveiled next month with the town’s first rainbow crossing.

Cllr Fintan Phelan raised the issue at last Friday’s meeting of Carlow municipal district and urged council officials to have the crossing in place for Carlow Pride Festival on Sunday 10 July.

Town engineer Barry Knowles confirmed that the council was currently looking at costings and a suitable location, which, mostly likely, will be the pedestrian crossing on Barrack Street.

Calls for a rainbow crossing in Carlow town were first made some months ago, with all members in agreement.

At last week’s meeting, all members once again offered their support for a rainbow crossing and urged the council to press ahead.