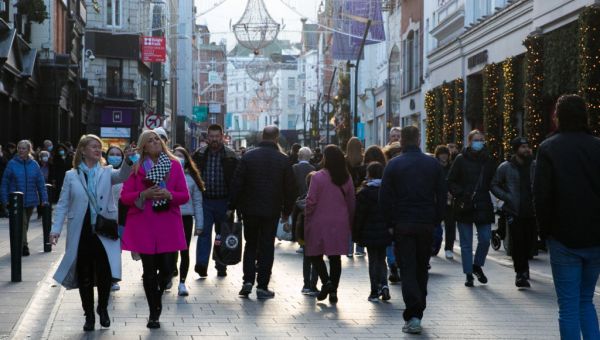 The population of the Republic of Ireland is over 5 million for the first time since 1841.

This equates to an increase of 7.6 per cent from Census 2016. The CSO said that all counties showed population growth since 2016

Longford saw the biggest percentage increase (+14.1 per cent), followed by Meath (+12.9 per cent)

These preliminary results, published 12 weeks after Census night (Sunday April 3rd, 2022), are based on initial counts from more than 5,000 enumeration areas.

Commenting on the release, Cormac Halpin, senior statistician in the Census Division, said “The Preliminary Results show a population of 5,123,536 on Census night. This is an increase of 7.6 per cent since 2016. It is also the highest population recorded in a census since 1841. 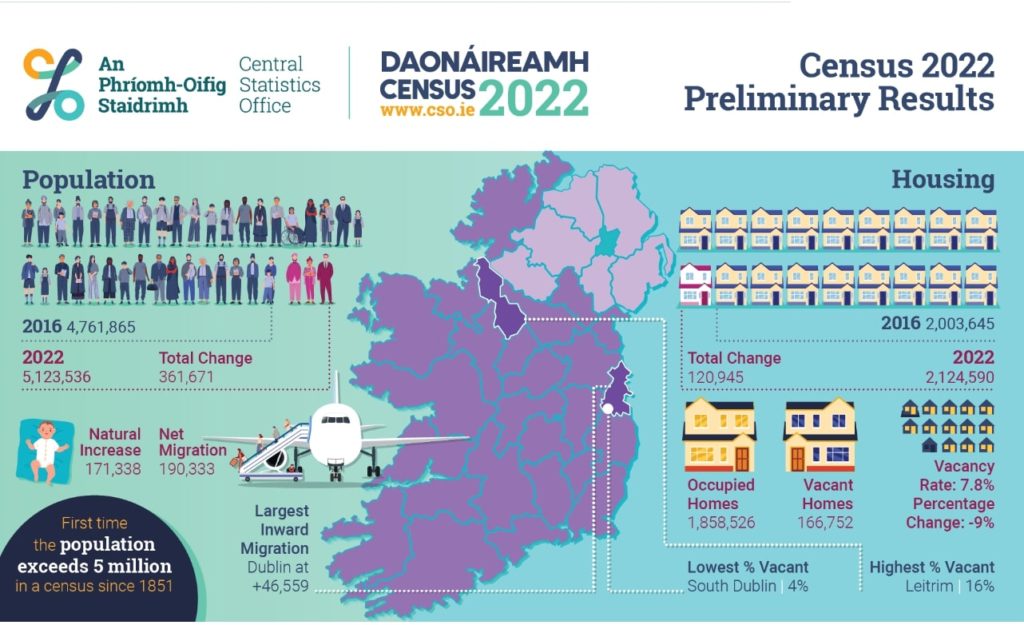 He said the counties recording the highest population growth were in Leinster.

As well as big increases in Longford and Meath, Kildare, and Fingal also grew strongly over the six years.

In contrast to Census 2016, when three counties (Mayo, Sligo, and Donegal) had a fall in their population, the Preliminary Results show that the population of every county has increased since 2016.

In Leinster, 10 of the 12 counties showed a higher percentage increase than the national average, with Offaly (+6.0 per cent), and Kilkenny (+4.5 per cent), being lower.

In Munster, Waterford (+9.4 per cent) had a higher percentage increase than that of the State overall.

Both Leitrim (+9.5 per cent) and Roscommon (+8.4 per cent) showed a higher percentage increase than the national rate, while Cavan, Donegal, or Monaghan did not.