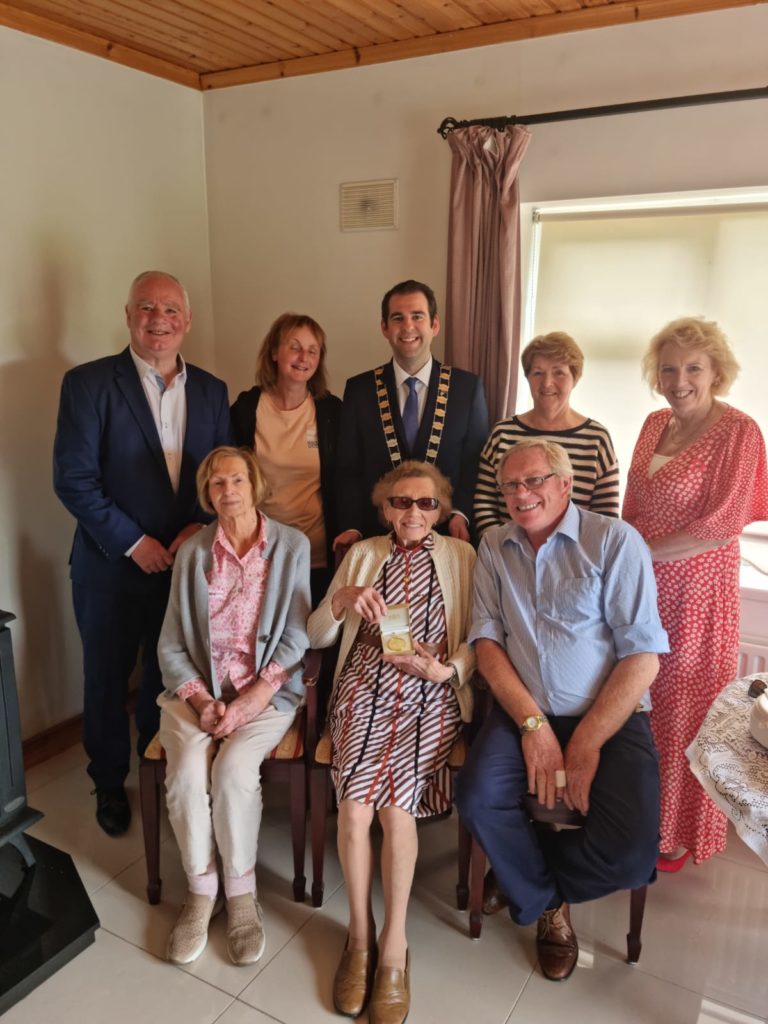 Elizabeth Kavanagh from Broughillstown, Rathvilly with cllrs Fintan Phelan and John Pender along with members of her family receives a presentation of a special Decade of centenaries commemorative medal from Carlow County Council 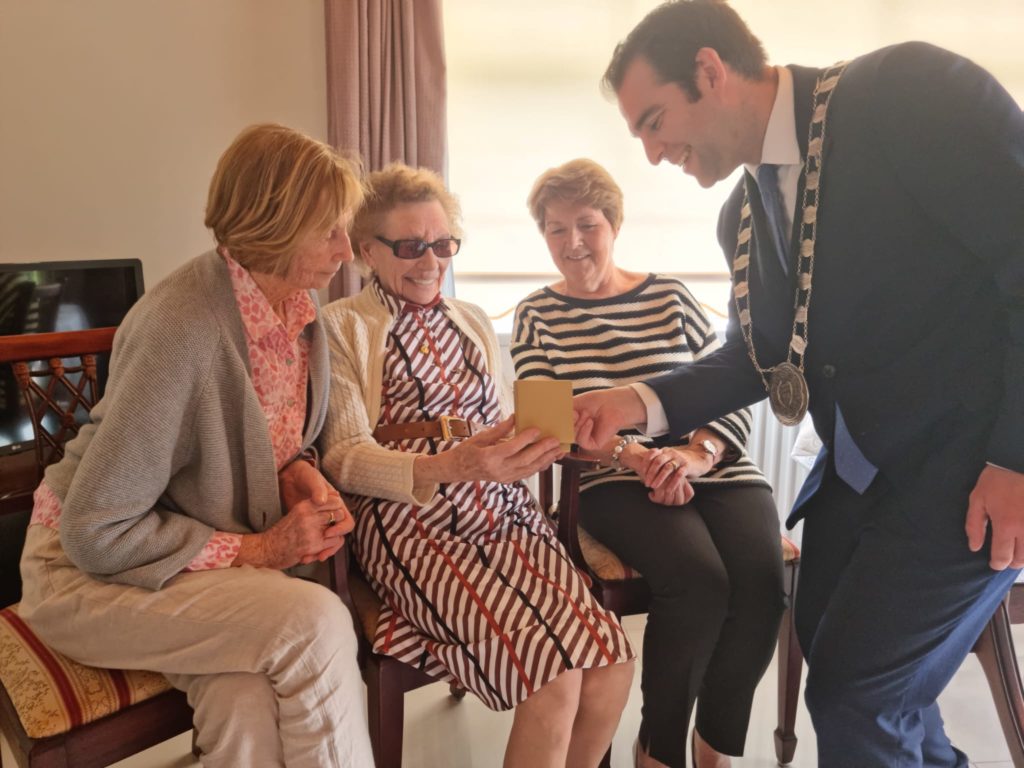 Elizabeth received the medal from then cathaoirleach of Carlow County Council cllr Fintan Phelan, to mark her 100th birthday

Elizabeth from Broughillstown, Rathvilly celebrated her milestone birthday last April, which was followed earlier this month by the presentation of a special Decade of centenaries commemorative medal from Carlow Co Council.

Elizabeth was presented with her medal in early June by then cathaoirleach of Carlow Co Council cllr Fintan Phelan at her Rathvilly home.

Elizabeth has happily lived the vast majority of her long life in Broughillstown, Rathvilly. She enjoys good health and was delighted to receive the honour from the local authority. She was joined by family and friends for the presentation.

Anyone who wishes to have a relative or friend who reaches the age of 100 years honoured with a commemorative medal can contact Carlow library on [email protected] or call 059 9129705.