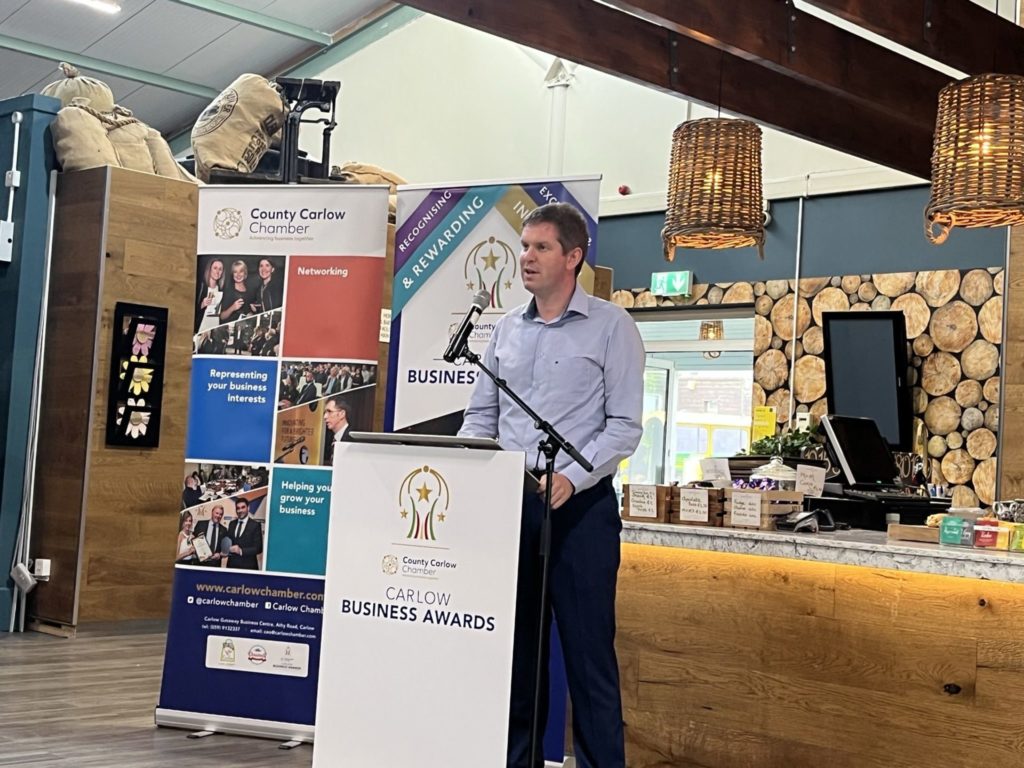 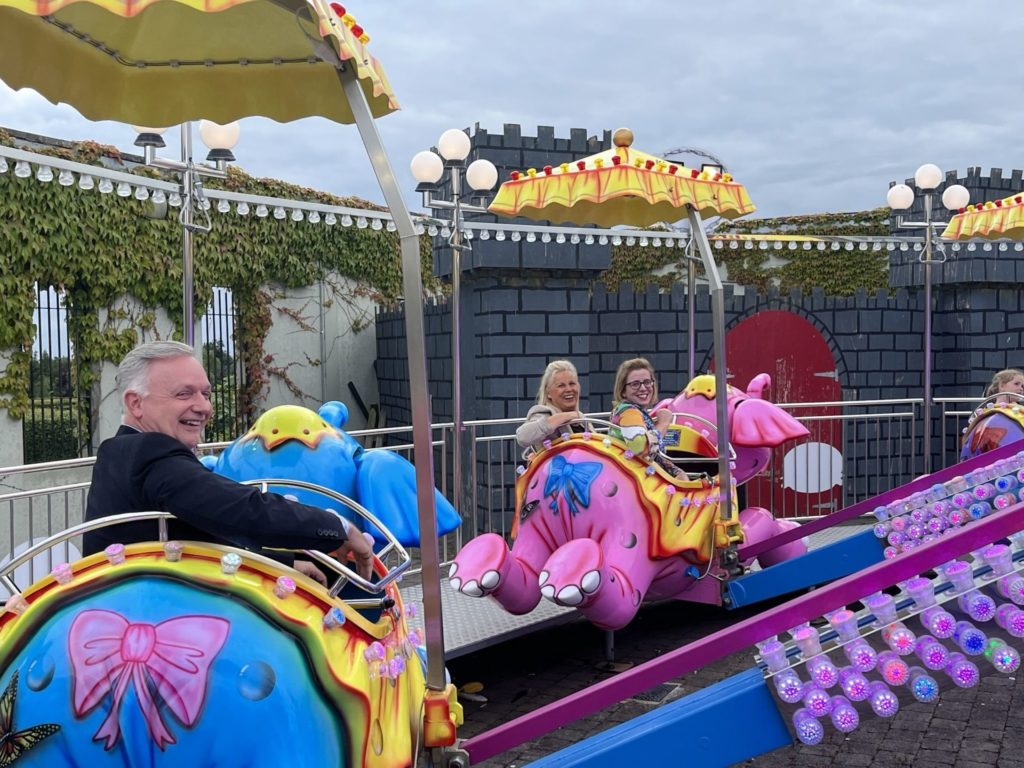 Colin Duggan President of County Carlow Chamber; deputy Jennifer Murnane O’Connor and Eimear Ní Bhraonáin of KCLR FM take to the sky on the Dumbo ride at the launch of the Carlow Business Awards 2022

AN EVENING ‘flying with Dumbo’ or riding on the Rathwood Express might not be what you’d expect from the often stuffy environs of business, but Carlow Business Awards have always thought outside the box!

The Carlow Business Awards 2022 were launched last night in Rathwood, an honour bestowed on the company as winners of Business of the Year at the 2020 and 2021 awards held last November.

The event allowed everyone to gain further insight into the business, which has continued to go from strength to strength over the years with a wide range of offerings and areas people may not be familiar with.

James Keogh opened the evening by welcoming guests and providing insight into Rathwood and the many sides to the business.

The business was established in 1994 in Rath, Tullow, when Patrick and Carmel Keogh transformed their 3,500sq ft potato shed into a 10,000sq ft shopping emporium with 15 acres of land to show off furniture, gifts, gazebos, garden sheds, pots and plants.

Today the business incorporates that and so much more, having grown and expanded in a range of directions over the years, including the development of RW Furniture, Rathwood Events with the Santa Train and the Big Top in the woods to mention but a few areas.

Organised by the County Carlow Chamber, this year’s business awards see the return of some categories that have been paused over the past 24 months and the introduction of some new areas, reflecting the ever-changing environment in which many of the businesses operate.

“The awards are designed to highlight those businesses and individuals who deserve recognition and to showcase the great innovation, talent and achievements in the county,” said Brian O’Farrell, CEO of County Carlow Chamber.

Details of all the award categories and how to nominate are available on www.carlowchamber.com with nominations open until noon on 15 August.

Winners will be announced on 29 September at the awards ceremony in Visual.

Patrick Keogh of Rathwood encouraged people to get involved and reflected on his story about the awards some 12 or 13 years ago, when they won the event award for their Santa train.

“We were doing 4,000 people a year for Santy at that stage and within three or four years we had grown ten-fold, about 45,000, so that’s how important the awards are and it’s fierce important for the smaller company that’s maybe only operating only two years. Even going to the awards is worth it, but if you win, it’s a little boost to get everyone forward and I encourage everyone to join,” he said.

This year’s business awards launch was certainly very different, with guests asked to bring their children, the future entrepreneurs and world leaders!

The first stop was the flying Dumbo ride, followed by a tour of the site on the Rathwood Express, which brought all the guests to the Big Top in the forest, where they were amazed a magic shoe with Robert Fossett.