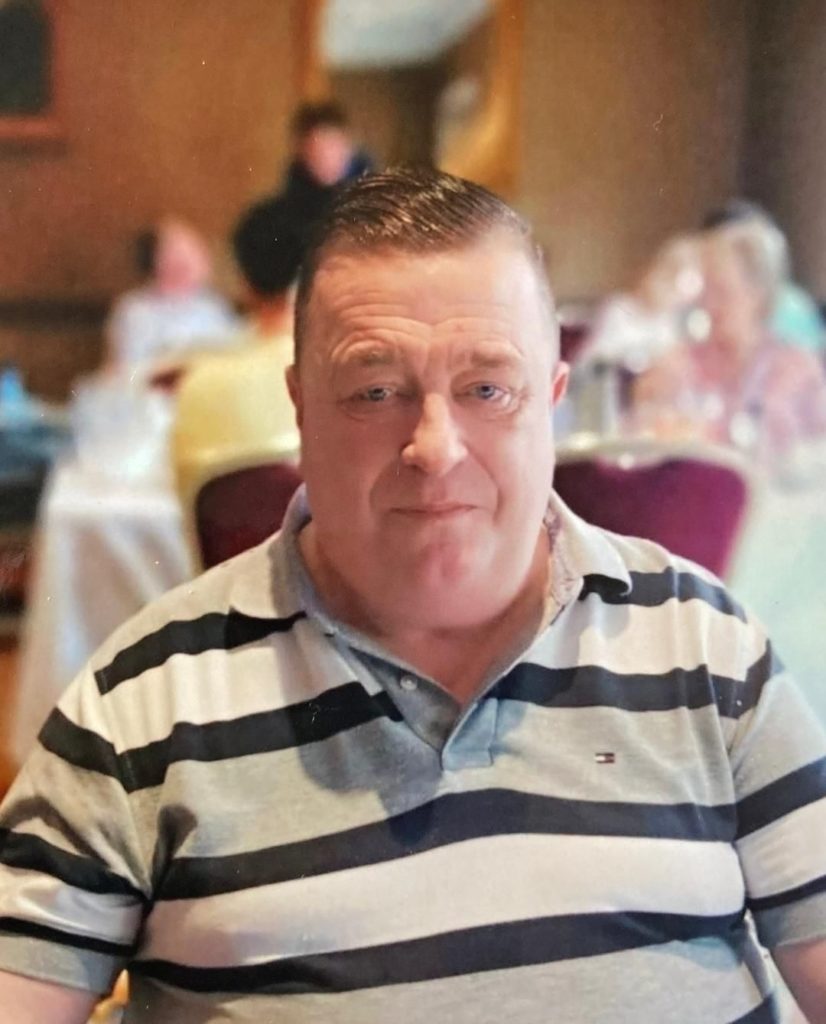 THE sudden death at his home on Sunday 8 May of Jason McCarthy, Dolmen Gardens, Hacketstown Road, Carlow came as a great shock to his family, neighbours and friends.

Jason was born in London on 23 June 1971, and although he had serious health issues over the last few years of his life, his untimely passing at such a young age has created a huge void in the lives of his wife Deborah (née Collins), son Corey, parents Pat and Veronica (née Whelan), brother James and extended family.

Jason was a dyed-in-the-wool Arsenal FC supporter and was equally devoted to Éire Óg, being one of the YI’s most fervent followers, travelling the length and breadth of the country in support of the wearers of the red and white. He was also a loyal supporter of Carlow county teams, both hurling and football, which took him to many distant GAA venues, including supporting the county hurlers in Corrigan Park, Belfast. Jason showed his devotion to the green, red and yellow by travelling to London on occasions for Carlow games.

Jason reposed at his home on Wednesday 11 May, when prayers were led by Jason’s uncle Fr Seamus Whelan, a Pallottine Father from the order in Thurles, ministering in Argentina since 1974.

His remains were removed to the Cathedral of the Assumption on Thursday morning, where the chief celebrant was Fr Whelan. Fr Seamus was assisted by Fr Thomas O’Byrne, Adm, Carlow and Fr Tom Little, PP, Askea-Bennekerry-Tinryland.

A number of significant symbols of Jason’s life were brought to the altar at the start of Mass. His grandson Freddie brought up an Arsenal jersey, reflective of his deep devotion to The Gunners; nieces Amber and Ella presented photos of Jason with Deborah and family members, symbolic of his love for family life; while Harry and Abbey, family friends, presented Éire Óg and Carlow GAA jerseys – the GAA was such an important part of Jason’s life.

The readings at Mass were by Tony McCarthy (uncle) and Kelly O’Rourke (niece), while the Prayers of the Faithful were recited by Elaine O’Rourke, Mary Wybrant, Megan Cooney, Dan Whelan, Jordan Begley and Jake O’Brien.

In a homily, Fr Whelan spoke of the pain and loss being felt by Jason’s family at his sudden passing, with many people sharing stories about the life of a man taken far too soon from their midst. He described Jason as “a kind and gentle person”.

Fr Seamus continued: “The past few days have been dark days for Jason’s family and there will be dark days ahead.” However, there was some consolation in the fact that he was now free of the pain of illness. “He is smiling down on Deborah and the family and he will continue to look after you,” he assured.

The offertory gifts were brought forward by Jason’s parents Pat and Veronica.

In a tribute to his dad, son Corey spoke of Jason as a man “full of generosity for everybody”. He was one of the most devoted Éire Óg supporters and had been looking forward to the Arsenal match on Sky Sports Super Sunday the day of his passing.

Corey said his father had lived his life to the maximum. “He knew how to enjoy himself and the fine things in life. The passing of Jason will leave a massive hole in our lives, but now there is no more pain or suffering. We will remember him for the good and happy times.”

The final blessing was imparted by Fr Whelan and the coffin was borne from the cathedral to the singing of ***Somewhere Over the Rainbow***.

The singing of hymns at Mass was by Clara Hutchinson.

Following Mass, Jason was laid to rest in St Mary’s Cemetery, with Fr Seamus reciting the final prayers at the graveside. Members of Éire Óg GFC formed a guard of honour from the cathedral to St Mary’s.