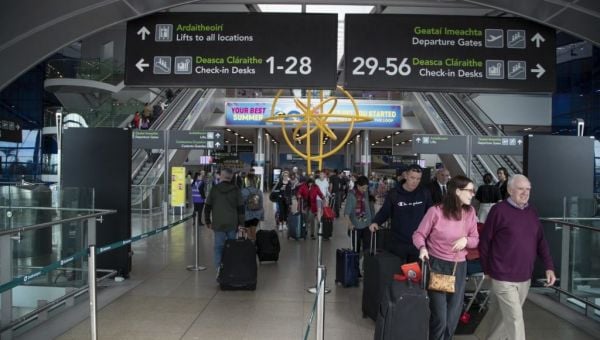 Security staff at Dublin Airport are warning to refuse working with members of the Defence Forces if drafted in to help with security.

According to the Sunday Independent, one security official at the airport claimed, “Under no circumstances will I or any of my colleagues allow Defence Forces staff to shadow us while we undertake our roles, as part of any training process for them.”

The union representing security staff at Dublin Airport have yet to comment on the matter.

As flight disruptions, long queues and missing baggage issues continue at Dublin Airport, a recent poll suggested that the majority of people believe the Defence Forces should be drafted in to help with security at the airport, according to a Sunday Independent/Ireland Thinks opinion poll.

Members of the Defence Forces are currently undergoing training to help alleviate some of the pressure on staff until the end of the summer if needed.

The Department of Foreign Affairs said the Government has supported a request from the Minister for Transport Eamon Ryan.

The capital’s airport, run by DAA, made international headlines in May after passenger queues stretched outside the terminals and more than 1,000 people missed their flights.

Minister for Transport Eamon Ryan said the move to make the army available for security at Dublin Airport was temporary and only if required.

The duration of the agreement with the Army is from July 6th to August 15th, which is anticipated to be the busiest time of the season at the airport.

Meanwhile, passengers have been expressing their frustrations as staff shortages at airports and airlines have led to a cluster of cancelled flights across Europe.

Around 4,000 people were expected to be affected by Aer Lingus flight cancellations this weekend.

The airline says the cancellations are caused by a Covid spike among their staff, as well as strikes in France.

Ryanair have insisted that strike action amongst the Spanish cabin crew will bring “minimal disruption” to flights.

Cabin crew will strike on July 12th-15th, 18th-21st and 25th-28th across the 10 Spanish airports where Ryanair operates, the unions said in a statement.

“The unions and crew of Ryanair … demand a change of attitude from the airline,” they said in a statement, calling for Ryanair to resume negotiations over issues including payment of the minimum wage.”