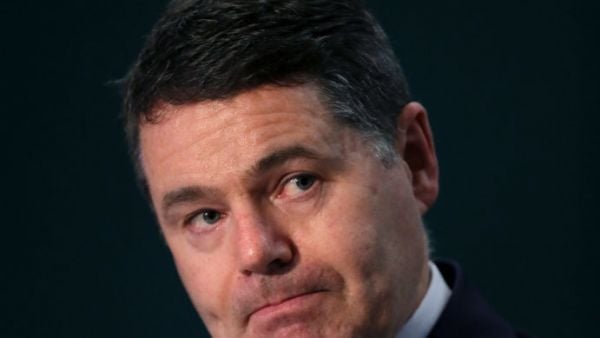 Full costings for financing climate action measures and healthcare reform have not been fully provided by the Government, the economic watchdog told TDs and Senators.

Representatives of the Irish Fiscal Advisory Council appeared before the Oireachtas Finance Committee on Wednesday to discuss the Summer Economic Statement announced by the Government last week.

Chairman of the council Sebastian Barnes told the committee that full costings on actions to meet climate targets and the healthcare reform plan, Sláintecare, had not been provided by the Government.

“The Government is required to halve Ireland’s greenhouse gas emissions by 2030 compared to the 2018 level. This will be a major change to the way our economy and society functions – however, the impact on the public finances is not being fully assessed or factored into budgetary plans,” Mr Barnes said.

“For some time now we’ve been concerned that the government hasn’t provided an assessment, a full costing, of how it thinks these forces play out for the economy.”

He said that some of the energy and insulation measures are provided for in the National Development Plan.

“What’s less accounted for is the current ongoing spending and also things such as compensating those who are adversely affected in terms of their income by these changes; and of course, what we see now in higher energy prices is partly related to that.

“Also its impact on the tax system: if we’re all driving electric cars in 10 years, the government makes a significant amount of money from motor fuel taxes. What’s going to replace that and how is that going to be managed?

“We are basically a long way behind this major change. Hopefully there will be some progress in the time to come. But I think it really should be a major priority for the government to work out the impact of this, because it’s going to be huge.”

On the cross-party plan to reform the health sector, Mr Barnes said: “The Government has not costed its major healthcare reforms on Sláintecare beyond this year, and there is no clarity on how much progress has been made to date and what the overall cost is likely to be.”

Mr Barnes said that the pensions issue was the third of three main challenges for the State’s public finances.

“Life expectancy is increasing by about a year every six years, so your children will probably live five or six years longer than you,” he said.

“And I think what people find hardest to understand is we have these big cohorts of people that were born in the ’70s and ’80s in Ireland. They’re going to be retiring, that’s going to mean there’s going to be a 50 per cent increase in the number of people reaching age 65.

“So you’ve got these two pressures at the same time, and they lead to a huge increase in the pension costs.”

Mr Barnes added that in the face of “exceptionally high” levels of inflation, that the Government’s plan for one-off measures to help with the cost-of-living crisis was appropriate.

He said that the €2.7 billion of core spending is “relatively large” – this funding represents Exchequer spending excluding one-off measures and unemployment benefits.

“The plan outlined in the Summer Economic Statement would strike a reasonable balance between creating space for the economy and more vulnerable households, and avoiding adding to inflation by increasing demand excessively in an already inflationary environment.

“However, the Government will need to make difficult choices in the budget.”

Mr Barnes said risks to the economy include the State’s reliance on multinationals, its total public debt of €240 billion, which was “a high level of debt by historical standards”.

“On paper, the Government’s plan to amplify the spending rule is a good one and keep debt on a good trajectory.

“If the Government were to deviate from that on a persistent basis, if these pension pressures, health pressures, climate pressures, and other things would lead the government to run a very different fiscal policy than it plans, or future governments even, those things are a risk to the public finances when you have a high level of debt.

“The budget is in reasonably good shape, at least in headline terms. There’s also the fact that the Irish economy is likely to grow much faster than the rate of interest, so that naturally tends to bring the debt ratio down.

“If we hadn’t had the cost-of-living crisis, and all of these distortions, the debt ratio would have been on a fairly good downward path.”

The Fiscal Council was set up in 2012 to help with the budgetary process and assess compliance with fiscal rules. Its focus is on the overall fiscal stance rather than on individual tax measures.

The Summer Economic Statement sets out the health of the economy and the parameters for Budget 2023. The €6.7 billion budget is providing for €2.3 billion for new expenditure measures for next year.