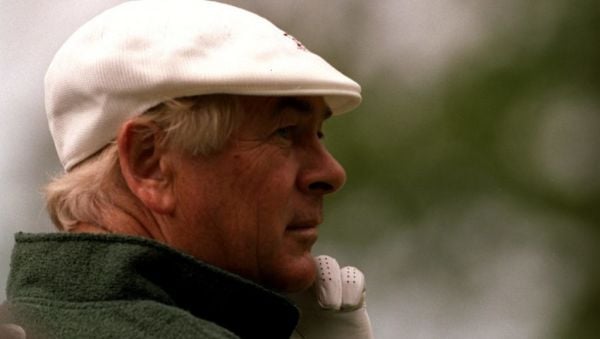 A High Court judge has refused to grant summary judgment against the estate of the late Ryder Cup star, Christy O’Connor junior, as she said there may be a defence to the bank’s claim.

The application was brought by the Governor and Company of Bank of Ireland against Ann and Nigel O’Connor, as personal representatives of his estate, over loans taken out by the late golfer to purchase a number of Co Carlow rental properties.

In a judgment published on Wednesday, Ms Justice Marguerite Bolger said she believed the O’Connors may have a defence to the bank’s claim and may be able to improve their position through exchange of documents and/or oral testimony at trial.

For this reason she was not satisfied to allow the bank to enter final judgment over the loans and refused its application.

Christy O’Connor jnr had 17 professional wins and two Ryder Cup appearances. He died suddenly in 2016 at the age of 67.

In her ruling, Ms Justice Bolger said there was no dispute that monies are due on loans taken out by the golfer. At issue is the O’Connors’ counterclaim that number 10 Mount Woseley Court in Tullow, Co Carlow, was placed on the market by a receiver at an undervalue based on a valuation they allege was forged.

The result, they claim, is the property was sold at an undervalue and the reduction in their debt was less substantial than it should have been. They further allege this undervalued sale negatively affected their separate attempts to sell two adjoining properties also covered by the loans.

Ms Justice Bolger noted that Ann and Nigel O’Connor have issued separate proceedings against the bank in relation to the same property at issue in this case.

They further say there was a reduction in the sale price of a local comparative property in the disputed second valuation report.

Counsel for the bank said the second valuation report was taken at face value by the receiver and his staff and that this valuation was more in line with another valuation report prepared by a different auctioneer.

The bank argues that the fact number 11 and 12 sold for figures well in excess of that achieved for number 10 means any possible adverse effect from its guide price for number 10 was neutralised. Therefore, it submits, the O’Connors have no counterclaim and no defence to these proceedings.

The judge noted the O’Connors intend to subpoena the auctioneer and to seek documents from the bank, the receiver and the two valuers in relation to number 10, the judge noted.

Ms Justice Bolger said the court must be satisfied the O’Connors have no defence before it can enter a summary judgment. The origin and accuracy of the disputed valuation “may give rise to a defence” and there are relevant documents that have not yet been exhibited before the court, she added.