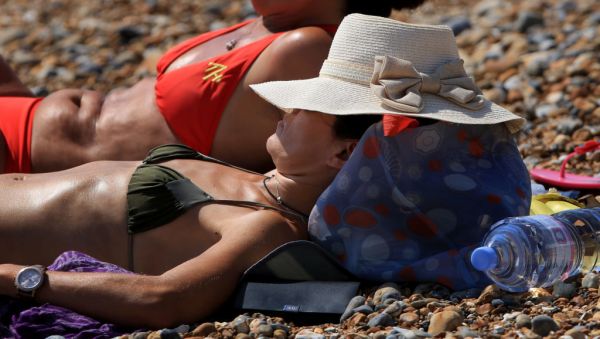 Met Éireann has issued a high temperature advisory for the entire country ahead of a stint of particularly hot weather.

The advisory, which was issued on Wednesday at 3pm, warned: “Ireland will experience a hot spell Sunday and into early next week.

Ireland will experience a hot spell on Sunday and into early next week. Day time temperatures will widely reach the high 20’s, may exceed 30°C in some locations

The warning will remain in effect until midnight on Wednesday, July 20th.

The forecaster added that temperatures are also set to remain “uncomfortably warm overnight”.

In the meantime, highest daytime temperatures to Saturday are expected to remain in the low-to-mid 20s, with cloud and scattered showers disrupting warm sunny spells in parts of the country.