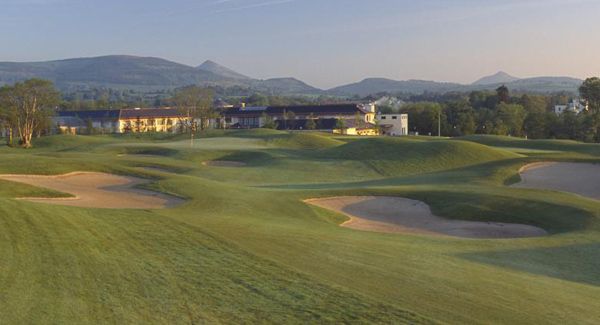 A hotel which self-insures against accident claims is not required to have public liability insurance in place when an application for a licence to permit dancing on the premises is made, the High Court has ruled.

Mr Justice Conor Dignam found that the District Court, which deals with such applications, has the power to either to impose or not to impose a condition that public liability policy be in place once it has heard evidence as to the financial circumstances of the applicant hotel.

He was giving a ruling in a case stated to the High Court by the District Court over a dance licence application by the operators of the Druids Glen Hotel and Golf Resort in Wicklow who had argued they can pay for claims from their own resources.

The judge said, as a matter of law, the granting of a licence to permit dancing at the premises to the hotel’s operators does not require that it have public liability insurance in place first.

The judge had been asked to clarify the issue by a District Court judge who dealt with an application by the Neville Hotels group for a licence for the Druids Glen under the Public Dance Halls Act 1935.

Neville Hotels, which also operates the Royal Marine in Dun Laoghaire, the River Court in Kilkenny and the Tower Hotel in Waterford, said it did not need a public liability policy because it could meet claims for accidents itself.

The group, which also has interests in the construction sector, had public liability cover in place up to May 2020 when it decided that, from then on, it would self-insure the four hotels.

The reason for this was that between January 2017 and April 2020, the excess on its policy with an insurer was such that the Neville group itself had paid out all claims from its own resources.

The effect of this, it was decided, was that it was self-insuring in any event and paying claims out of its own resources.

When it applied to the District Court for the renewal of the Druids Glen dance licence, which is required for events like weddings, it argued it did not need to show it had a public liability policy because it had sufficient liquidity, assets and reserves to fully self-insure against risks and claims.

The gardai, through whom dance licence applications must first be made, opposed the application. They argued it was normal practice that a licence applicant should submit proof of the paid premium for adequate public liability insurance renewals.

The District Court judge who heard the application stated a case on a point of law for clarification to the High Court where Mr Justice Dignam heard the case.

In a just published judgment, Mr Justice Dignam disagreed with a formula for dealing with such applications put forward by the gardaí and State.

He said that certain conditions or “riders” urged on him by the State respondents in relation to the question of public liability insurance “very likely reflects the reality” for most dance licence applicants.

However, he feared these conditions would come too close to the High Court “involving itself in the merits of individual cases or in instructing the District Court in how it should assess the evidence in individual cases”.

The assessment of each case is a matter for the District Court, he said.