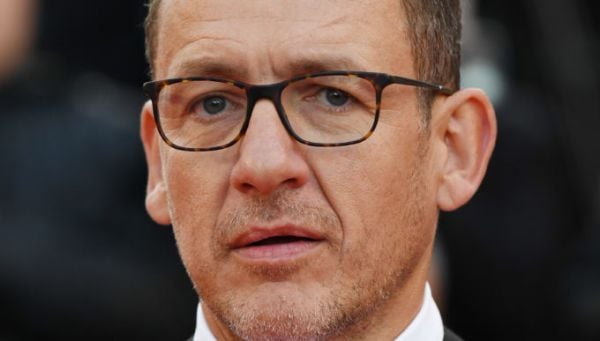 A well-known French actor, writer and film director claims he is the victim of an elaborate multimillion-euro fraud allegedly committed by a man who held himself out to be an “Irish lord from an ancient family”.

The allegation has been made by lawyers representing Daniel or Dany Boon, who have secured a temporary High Court freezing order preventing Thierry Fialek-Birles aka Terry Birles aka Thierry Waterford-Mandeville and several corporate entitles he allegedly either controls or is the ultimate beneficial owner of from reducing their assets below a value of €6 million.

Mr Boon’s counsel Rossa Fanning SC told the court that his client is the victim of an “elaborate fraud” allegedly committed by Mr Birles, who counsel said told Mr Boon “lie after lie” about a variety of matters.

Mr Birles, counsel said, had allegedly committed the fraud by using a network of companies he had appeared to have established in Ireland and other jurisdictions and is somebody who “goes by several different aliases.”

Counsel said his client was making “very serious allegations” against the defendants.

The Belgian-based Mr Boon, he said, had not rushed to court and was seeking the freezing order after a thorough and professional investigation had been carried out into Mr Birles and the defendants.

Mr Birles had represented to Mr Boon that he was a partner of SSMM, which his family established over 100 years ago, to provide special marine services, including maintenance and constructions costs associated with Mr Boon’s yacht.

Mr Fanning, with Alison Keirse Bl, said Mr Boon advanced over €2.2 million through SSMM to cover the costs of running the yacht.

Counsel said Mr Birles held himself out to be an expert in maritime law, and somebody who had strong connections with Ireland.

They said Mr Boon was led to believe that Mr Birles hailed from an ancient Irish family and believed him to be a member of the Royal Cork Yacht Club.

Mr Boon also claims that in July 2021, Mr Birles told him of an investment scheme with the Irish Central Bank that paid 3.25 per cent annual interest that was tax-free.

Counsel said Mr Boon advanced €4.5 million of his funds to SSMM, so he could participate in the scheme.

He claims that subsequently to making that payment, he was informed by Mr Birles that SSMM had been taken over by an Italian family called Rossi, and that he was staying on with the firm as an advisor.

When Mr Boon sought his money back from SSMM he was informed by a person purporting to be a member of the Rossi family that the money had been transferred to accounts in South Korea and Panama, and would be returned to him in due course.

Despite his requests SSMM has not returned his money, counsel said.

Mr Birles informed Mr Boon in November 2021 that the Rossi family had dismissed him as an advisor, owed him money as well and suggested suing SSMM to get his €4.5 million back.

His position changed after he got an anonymous tip-off from a person who claimed to have also been a victim of a fraud committed by Mr Birles, counsel said.

Arising out of that probe he discovered that SSMM was a vehicle of the fraud, that the Rossi family who supposedly acquired SSMM does not exist and that any messages from them were actually from Mr Birles.

In addition, the purported investment scheme with the Irish Central Bank was also not real, Mr Fanning said.

Counsel said that the investigation revealed that Mr Birles has used various aliases, has allegedly defrauded others, and is also believed to have spent time in prison.

Mr Boon does not know how much of the €2.2 million advanced in respect of the yacht has been dissipated, counsel said.

The investigation revealed that a company that Mr Birles recommended, to which Mr Boon paid a five-figure premium to insure the yacht, also does not exist.

That entity’s registered address turned out to be a hardware store in Samoa.

Mr Birles, counsel said, had established a complex network of companies in different countries, a large number of which appeared to be registered in Ireland.

The corporate defendants have facilitated the fraud which he claims was committed by Mr Birles, counsel said.

Mr Birles also had a valuable property in Ireland which it is claimed was purchased and renovated with Mr Boon’s money, and a sailboat called the ‘Erin’ which is currently in the jurisdiction to compete in sailing races in Co Cork.

Counsel said Mr Boon confronted Mr Birles with the allegations in a WhatsApp message in recent weeks. He held off confronting the defendant until after the investigation into the defendant’s affairs had been completed.

However, Mr Boon has not got his money back, counsel said.

Due to the presence of significant assets linked to the defendants in the jurisdiction, counsel said that it was decided to seek freezing orders from the Irish courts.

At the High Court on Wednesday Mr Justice Brian O’Moore granted Mr Boon, on an ex-parte basis, a freezing or Mareva-type injunction restraining the defendants from reducing, moving or dissipating any of their assets below a value of €6 million.

The freezing order prevents Mr Birles from moving the ‘Erin’ from its current location at Crosshaven in Co Cork.

The order also prevents the defendants from dissipating or transferring funds in SSMM’s bank accounts with Revolut, as well as accounts also linked to the defendants in Panama and South Korea.

The order further restrains the defendants from disposing or transferring a property located at Strand Street, Youghal, Co Cork allegedly beneficially owned by Mr Birles, that Mr Boon believes was acquired with his money.

Mr Boon also secured various disclosure orders requiring the defendants to provide him with various documentation, in an attempt to ascertain where his money has gone.

The court placed an embargo on the media reporting on the case until Thursday afternoon to allow Mr Boon’s lawyers sufficient time to serve notice of the freezing order on financial institutions.

The matter will come back before the court next week.