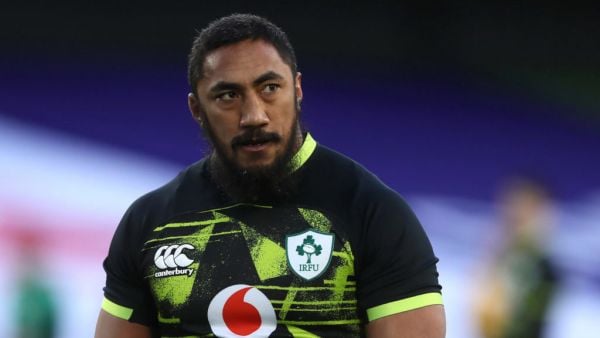 Bundee Aki has replaced the injured Garry Ringrose in the only change to Ireland’s starting XV for Saturday’s series decider against New Zealand in Wellington.

Centre Ringrose was forced off during last weekend’s historic 23-12 win in Dunedin following a sickening clash of heads which led to a red card for All Blacks prop Angus Ta’avao.

Victory for Andy Farrell’s side at Forsyth Barr Stadium was a first Irish success over the three-time world champions on New Zealand soil and levelled the series at 1-1 following a 42-19 defeat in Auckland.

Our line up for Saturday’s third and deciding Test in Wellington! 🔥#TeamOfUs | #NZvIRE

Captain Johnny Sexton, who celebrated his 37th birthday on Monday, will play his 108th Test for Ireland, moving level with Paul O’Connell as his country’s fifth most-capped player.

He will once again be partnered by Leinster team-mate Jamison Gibson-Park in the half-backs, ahead of the recalled Aki and Robbie Henshaw in midfield and the back three of Hugo Keenan, James Lowe and Mack Hansen.

Farrell’s pack for the match at Sky Stadium is unchanged from the opening two meetings of the tour.

Loosehead prop Andrew Porter, who scored both of the tourists’ second-Test tries on Saturday, joins hooker Dan Sheehan and tighthead Tadhg Furlong in the front row.

Tadhg Beirne and vice-captain James Ryan continue in the lock positions, with number eight Caelan Doris in the centre of the back row, sandwiched between Peter O’Mahony and Josh Van Der Flier.

Keith Earls, who captained a second string side to a 30-24 win over the Maori All Blacks on Tuesday, is added to an otherwise unchanged bench due to Ringrose’s absence and Aki’s subsequent elevation.