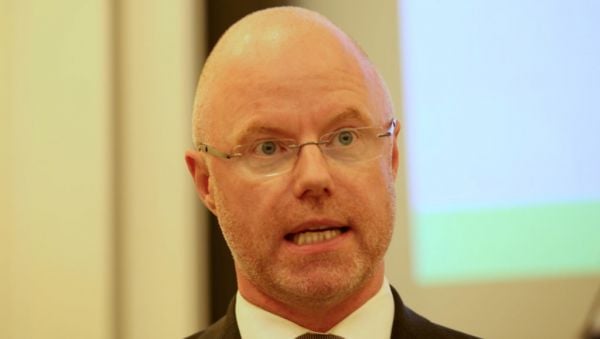 Minister for Health Stephen Donnelly has voiced strong criticism of the HSE at a private meeting of the Fianna Fáil party.

Speaking to his own TDs and senators, Mr Donnelly hit out at the poor record of recruitment within the health service as well as the length of time it takes the HSE to build new buildings.

As the Irish Examiner reports, he said: “There are two areas where the HSE is too slow — recruitment and capital buildings.”

Mr Donnelly singled out University Hospital Galway as an example of unnecessary delays.

“We talk about the emergency department in Galway,” he told his colleagues.

We have been talking about that for 12 years. And Galway by a mile is the emergency department under the most pressure.

“Just the facilities in Galway are not up to scratch. I got on to Paul Reid telling him you have to accelerate the plan for Galway.

Meath senator Shane Cassells delivered a furious speech directed at Taoiseach Micheál Martin about the proposal to downgrade the emergency department at Our Lady’s Hospital in Navan.

He said as “a Meath man”, he would not be “lectured” to by medical people who do not have to go before the people for election.

“Remember 13 years ago, Navan was identified as the site for the new regional hospital in the North East,” he said.

“My town was designated for the regional hospital. And why did it not happen, because Dermot Ahern got up and said not one red cent will be allocated to a hospital in Navan.”