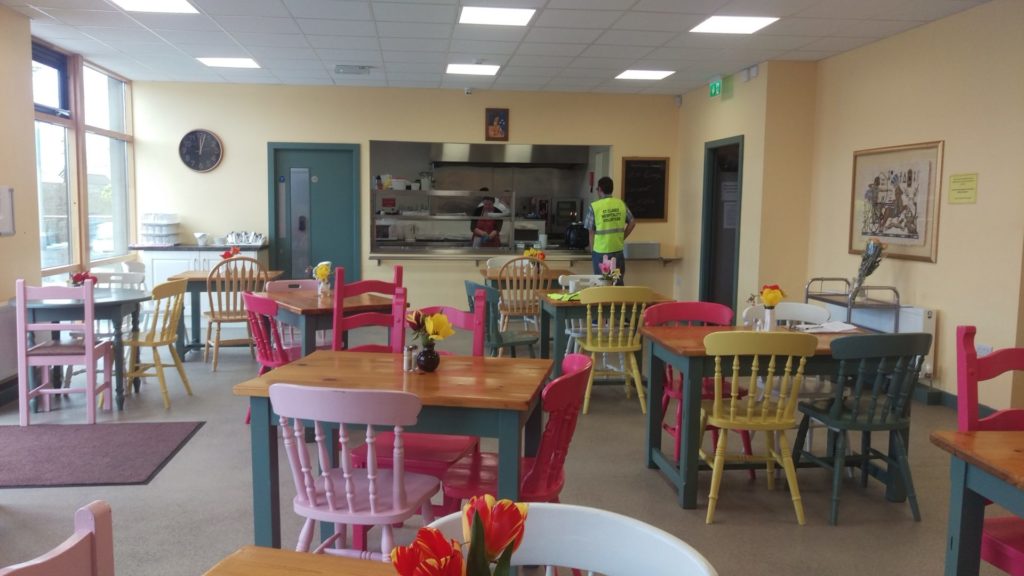 Never before has the charity food kitchen been in such demand as people desperately struggle to feed their families. In the past three weeks alone, the numbers attending daily for a hot meal have almost doubled, placing enormous pressure on the kitchen’s resources.

St Clare’s Hospitality Kitchen this week issued an urgent appeal for support, with growing numbers attending and its own rising costs creating a worrying crisis for this vital service.

“The current situation is that our costs are spiralling, yet the need is greater than ever before,” stated Michelle Maddock, operations manager at St Clare’s Hospitality Kitchen. “We are struggling to meet the demand. Our numbers have almost doubled in the last three weeks. We were doing between 55 and 70 meals a day; now that’s between 95 and 125 people per day,” she adds.

“We’ve had to get in more baby chairs, and we’re often seeing generations of the same family coming in,” said Michelle.

The kitchen has seen increased referrals from services such as MABS and the Citizens’ Information Service as well as an increase in Ukrainian refugees.

“The demographic of people attending is very broad: we are seeing more women with children. We’ve men from mid-30s to pensioners; also Polish/Irish people who’ve been in Ireland for maybe ten or 15 years now using the service … it’s everyone.

“Sometimes people think the kitchen is only for people on social welfare, but that isn’t the case. We’re seeing working people here – it is really evident how much the increased cost of living is affecting the working poor,” said Michelle.

St Clare’s Hospitality Kitchen’s costs, from insurance to utility bills and PPE to food bills, have all massively increased, placing enormous strain on the service. In 2019, it cost €100,000 to run the service; now the kitchen faces a bill far exceeding that figure.

“Our food donations have decreased, and that’s something we haven’t had for a long time. We’re also crying out for volunteers, particularly people with kitchen experience,” said Michelle.

The kitchen also gives out approximately 70 food parcels a week to those in need.

“We couldn’t do any of this without the support of the people of Carlow, the individuals and the companies who donate to us or organise fundraisers … people who are so good to us,” said Isobel Brooker, director at St Clare’s Hospitality Kitchen.

“The food kitchen needs you more than ever – the need is greater than ever,” she added.